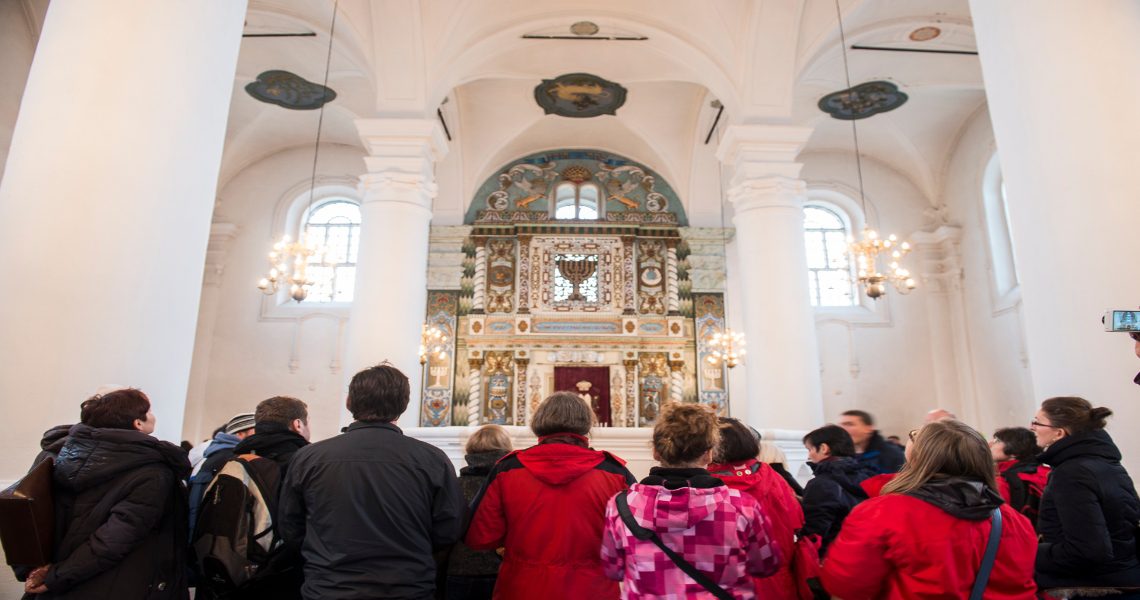 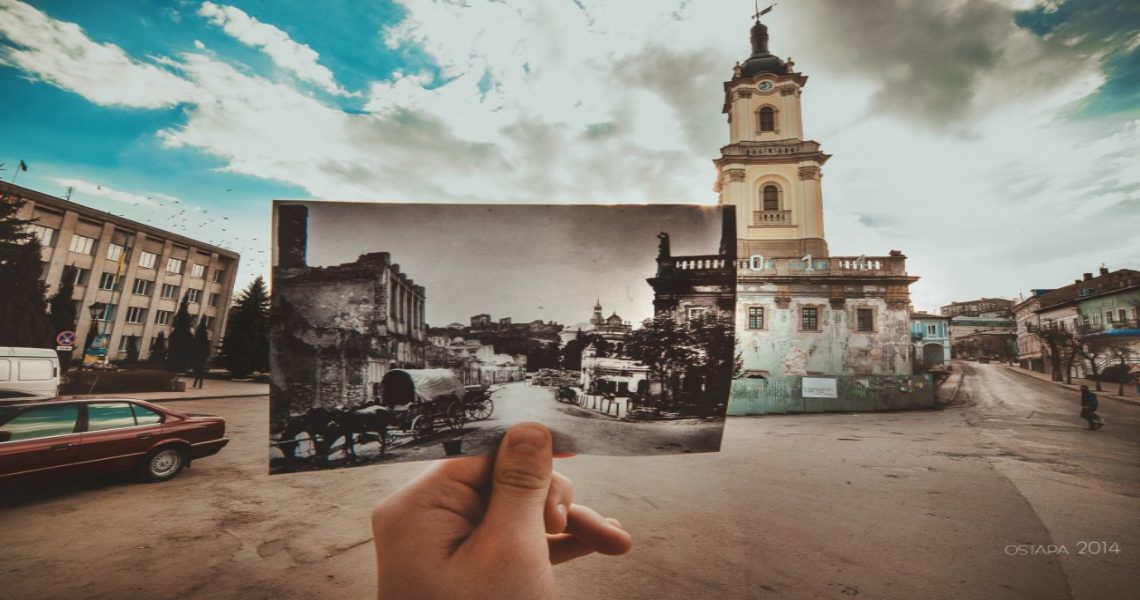 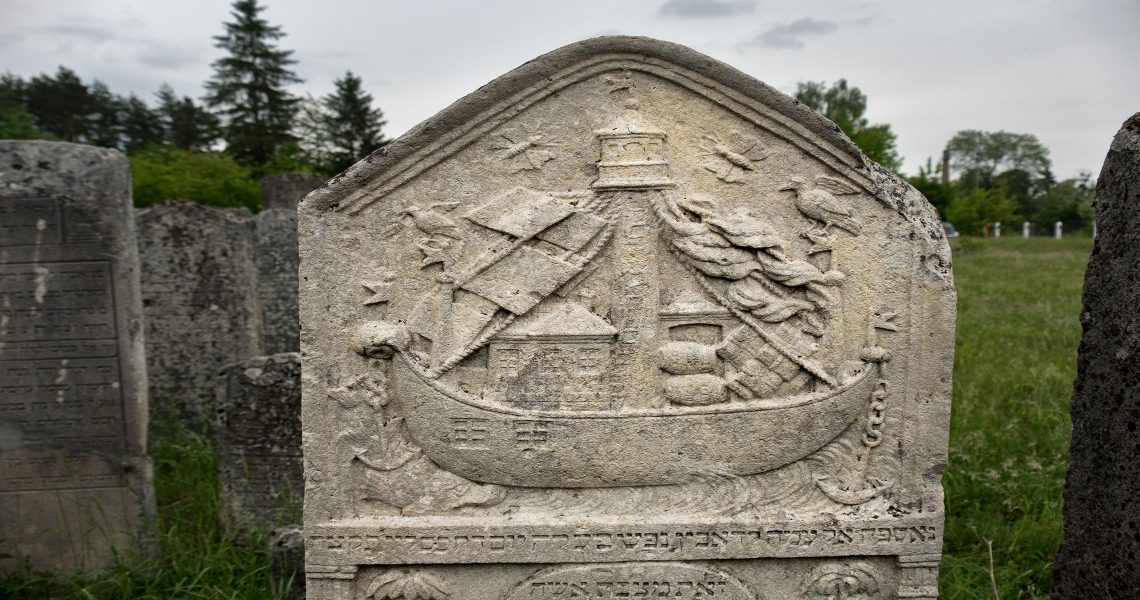 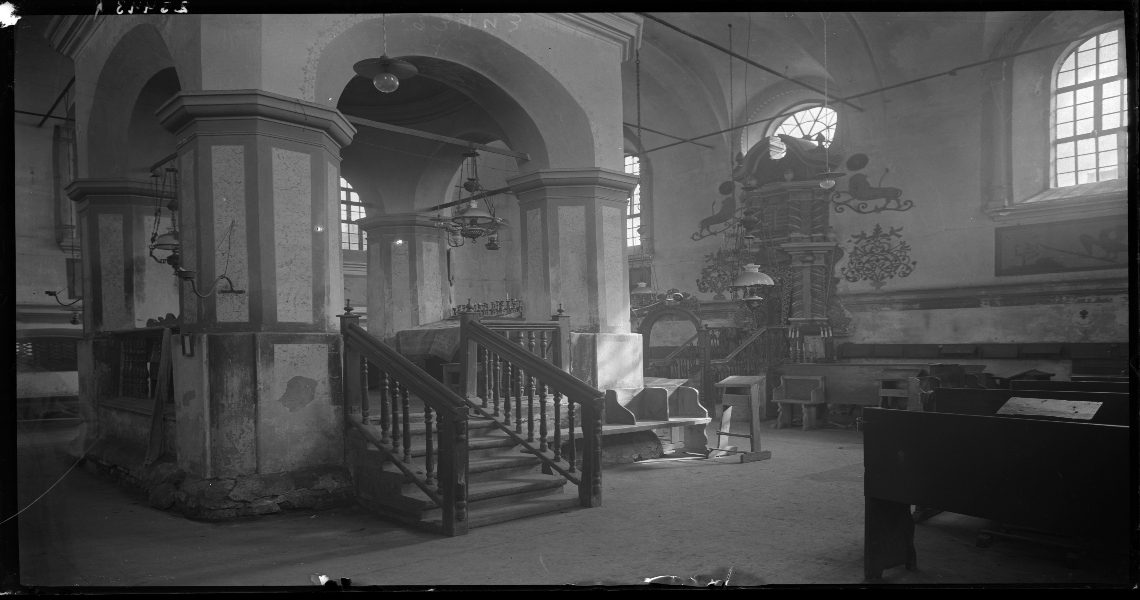 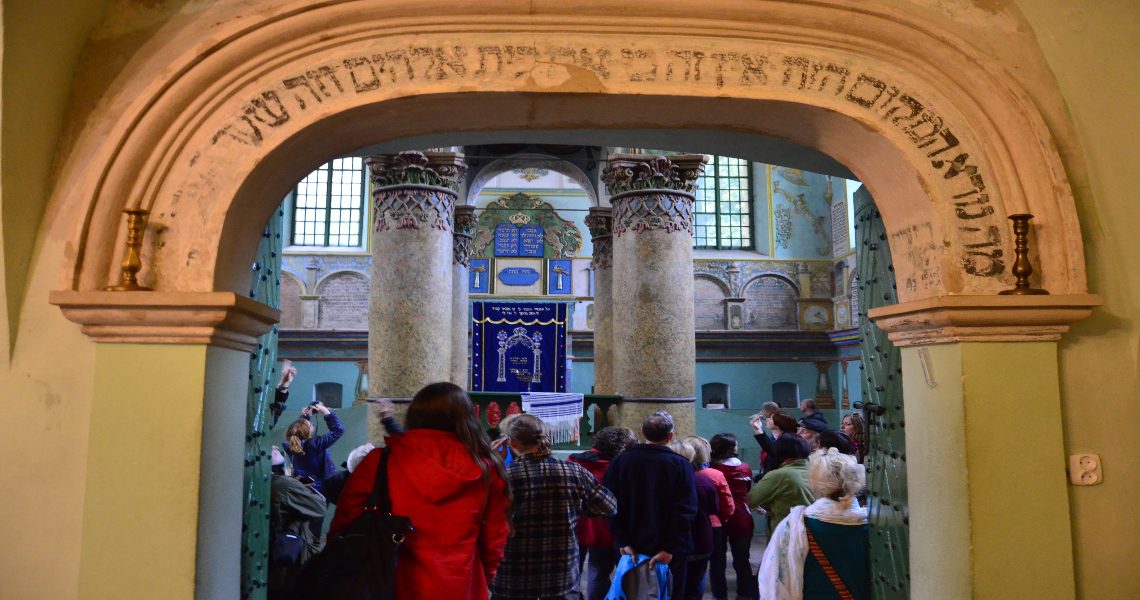 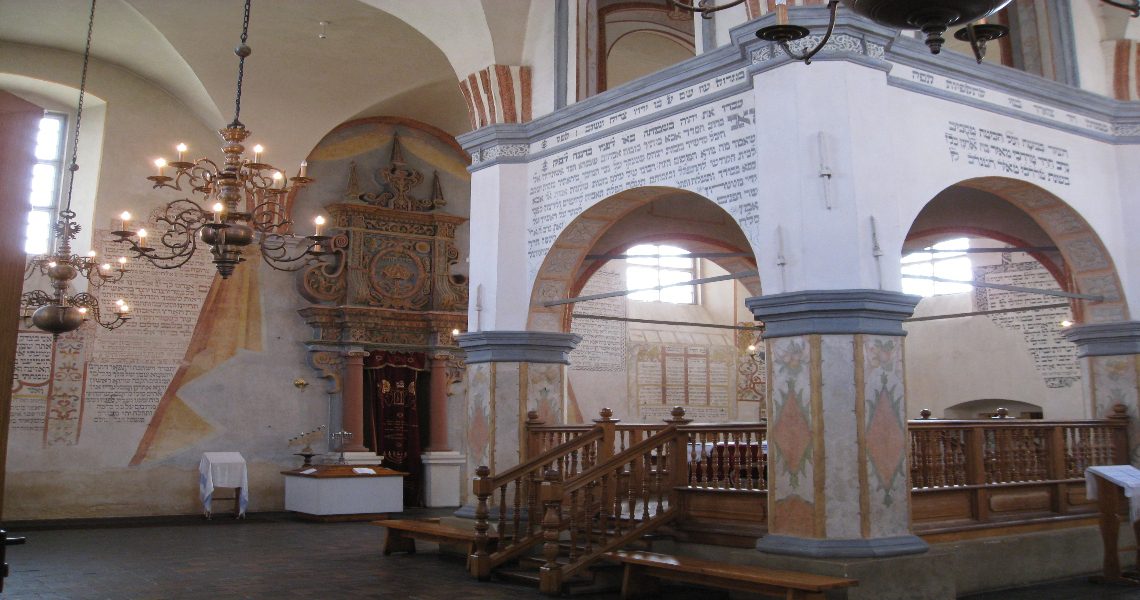 Before World War II, in Central and Eastern Europe, and especially in Poland, Ukraine, Belarus and Lithuania, there were over a thousand such towns whose Jewish inhabitants identified as shtetl residents and where Yiddish was the everyday language. This part of Europe was even known as the Yiddishland.

For four hundred years, from the sixteenth to the twentieth century, the unique and vivid culture of Eastern European Jews was able to develop here in the Polish-Lithuanian Commonwealth. Tragically, as a result of Nazi mass murder during the Holocaust and other events of the Second World War, these shtetlekh (shtetls) and the Jews who live in them are no more. Traces remain of a cultural heritage that has strongly influenced and continues to affect local reality. This shared heritage is a very important part of European culture: “united in diversity” is the European Union’s motto. The East European shtetlekh (shtetls) were a powerful example of this in practice.

In Yiddish the word Shtetl means a little town.

The Shtetl Routes is a heritage interpretation platform and a cultural tourism trail, which can take you on a journey in the footsteps of Jewish cultural heritage to smaller towns in Central and Eastern Europe, in the boderland of Poland, Belarus and Ukraine.

The implementation of the project began in 2013. The Grodzka Gate – NN Theatre Centre was the lead partner. Additional partners were the Yanka Kupala State University of Grodno and the Navahrudak Museum of History, Regional Studies from Belarus and two NGOs from Ukraine, which focus on the development of tourism in the region: the Centre for Social and Business Initiatives in Yaremche and the Rivne Marketing Research Centre.

The main aim of the Shtetl Routes project is to support tourism and local development initiatives based on Jewish cultural heritage in the borderlands of Poland, Belarus and Ukraine. The area covered by the project is characterised by its peripheral location, poorly developed infrastructure and the difficult conditions for the development of tourism, especially on a mass scale.

The strengths of the region are its common historical and cultural heritage, the number of sites of historical and touristic value, as well as the existing cooperation in the field of culture and tourism. The weaknesses are the low quality of tourism facilities, the underdeveloped system of tourism information, the generally bad condition of the monuments, and the difficulties  encountered during border crossings which hinders the free movement of tourists (Miszczuk, 2015).

The fact that the Polish economy is more developed than that of its eastern neighbours translates directly to the extent of tourism development in the area. Despite compelling  cultural heritage resources, which are scattered throughout the whole region, most of the renovated sites and tourist attractions are located in Poland.

While organising the project, we considered the following questions: How to talk about the multicultural heritage of a borderland area? How should we, the current residents, mostly non-Jewish, talk about and relate to the Jewish cultural past? How can we  present this Jewish heritage as part of cultural tourism without commercialisation, simplification, repetition of stereotypes or cultural appropriation? In summary, how can we show Jewish heritage as the shared heritage of both the descendants of the Eastern European Jews, and the contemporary residents of the area?

During the implementation of the project we devoted particular attention to a cultural phenomenon that was specific to Central and Eastern Europe, and which strongly influenced the local cultural landscape: the shtetl (Yiddish for small town).

He was born in a small town called Wojslawice, which for centuries was a typical multicultural shtetl inhabited by Poles, Ukrainians, and Jews. As a result of the Shoah and ethnic cleansings during World War II, this town became monoethnic. However, its historical multi-religious heritage is still visible in the local landscape through preserved places of worship, such as the former synagogue and Catholic and Orthodox churches. Since childhood, he has heard many stories about local coexistence between Christians and Jews from his grandmother, both peaceful and colourful, as well as tragic and harrowing. He always found these stories to be interesting and important. When he met the folks from the Brama Grodzka - NN Theatre, who showed similar feelings and understandings, he quite quickly became part of the team.