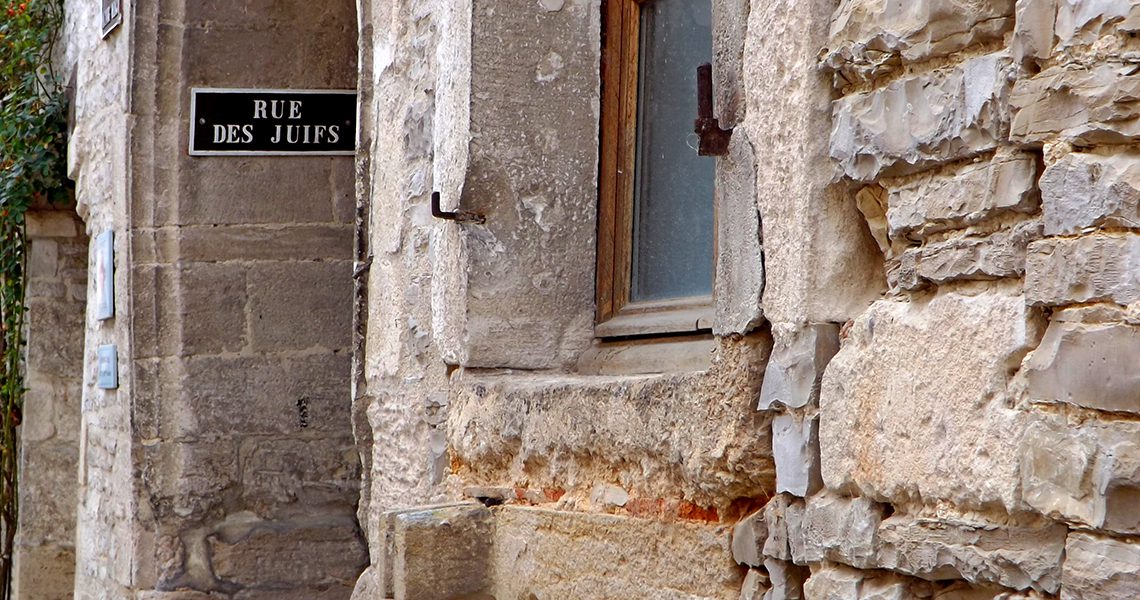 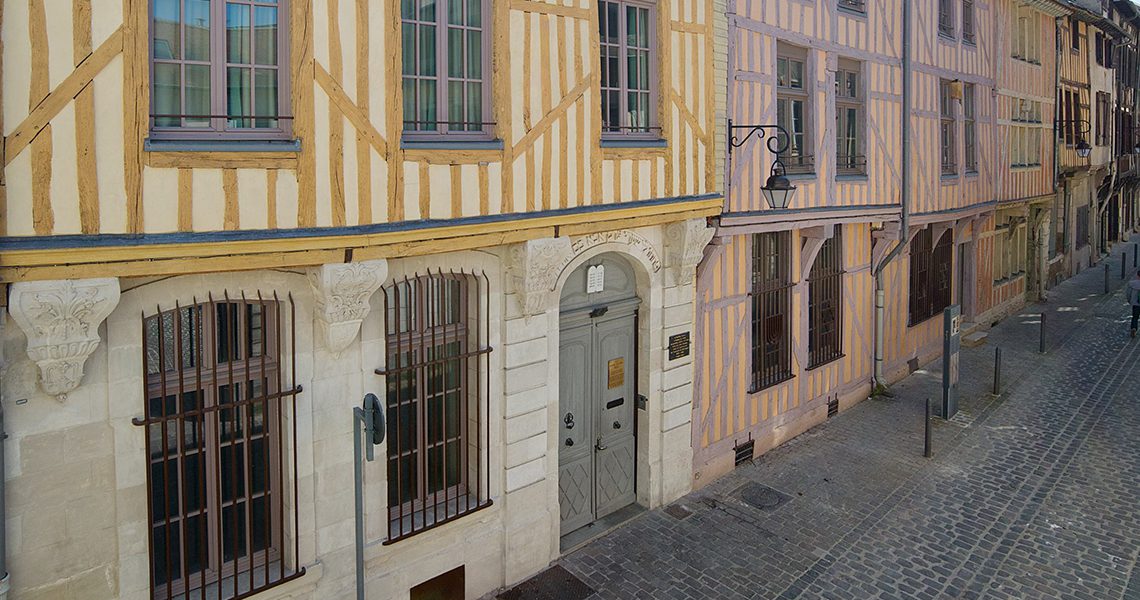 Surprise yourself and visit Troyes, the city of a thousand colours!

Troyes is like a black and white masterpiece that would have been painted in colours. It is a city built on a human scale, rich in its history, its heritage, its local culture and its people. Between Gothic and Renaissance periods, you can still feel the atmosphere of when the city was Capital of the Counts of Champagne while wandering in the heart of Troyes, which has the characteristic shape of a Champagne cork. To visit Troyes is like to be thrown back into medieval history, and the colourful and spicy atmosphere of the Great Champagne Fairs. In Troyes, appreciate an exceptional heritage made of gorgeous colourful half-timbered houses shaped like a « circumflex accent », mansions of the 16th century, narrow streets, courtyards and magnificent churches! Starting in the 12th century, the Counts of Champagne helped the city to expand by stimulating the celebrated “Foires de Champagne” that attracted traders from around Europe, thanks in part to the fairs’ code of conduct, set up in 1137. In the time of the Counts of Champagne, while Troyes is famous for Chrétien de Troyes, it is also associated with two other key figures from the Middle Ages.

The names of Rashi and Bernard of Clairvaux remain indelibly linked to the city of Troyes and the Aube county to this day. Both men were eminent thinkers and scholars who played a key role in their respective eras.

©Texts by Troyes la Champagne Tourisme – ©Rashi Route information by CulturistiQ Troyes La Champagne, capital of the department of Aube, is a unique destination to explore once and again, 160 kilometers south-east of Paris and 120 kilometers from Reims.

First on the list of things to see, is the fabulous collection of half-timbered houses which makes the town proud. They have received a glorious facelift, adorning them in a multitude of colours. Water, on which the town was established, has also taken centre stage again. The quays of the Seine are an eloquent testimony to this. Before winding through Paris, the river passes through the former capital of the Champagne counts, where it is infused with the spirit of moderation…

The venerable town of Troyes dates back to antiquity. The region was populated by nomads during the lower Palaeolithic period, around 400,000 BC, and was settled around 5,000 BC. The first traces of permanent settlements date from the end of the 6th century AD. Greek and Latin authors wrote of the Gallic people Tricasses around the 5th and 4th centuries BC. It is estimated that in the first centuries AD, the city of Augustobona Tricassium (Troyes) had around 6,000 souls and a surface area of around 80 hectares, bordered on the north and south by marshes.

In the 12th century, Troyes experienced rapid commercial and financial expansion, as well as an incredible intellectual and cultural explosion. The Counts of Champagne helped the city to expand by stimulating the celebrated “Foires de Champagne” that attracted traders from around Europe, thanks in part to the fairs’ code of conduct, set up in 1137. In the time of the Counts of Champagne, while Troyes is famous for Chrétien de Troyes, it is also associated with two other key figures from the Middle Ages: Rashi and Saint Bernard de Clairvaux, whose names remain indelibly linked to the city of Troyes and the Aube département to this day. Both men were eminent thinkers and scholars who played a key role in their respective eras. At this time, Troyes was home to a large Jewish community. One of the city’s children would go on to become the world’s most famous Jew and an iconic figure in Judaism: Shlomo Ben Yitzhak, better known as Rashi (1040-1105). The famous Troyen is best known for his extraordinary talent as an interpreter and commentator of the Bible and the Talmud. He founded a Talmudic School in his native city, which attracted students from far and wide, keen to learn more about his comments on the sacred texts. His teachings remain influential today, representing a model of openness and dialogue between cultures. Rashi’s works also provide an important insight into the French language during his era (the second half of the 11th century), when French remained a variant of the ancient Champenois dialect and was still in its infancy. The Rabbi translated difficult and technical terms from Biblical Hebrew into this burgeoning language. Just like Chrétien de Troyes, Rashi made a major contribution to the expansion of French-language literature in the central Middle Ages.

Troyes is also famous for its Renaissance mansions, opulent residences built in the Renaissance period: Hôtel Juvénal des Ursins, Hôtel Marisy, Hôtel Mauroy, Hôtel du Petit Louvre, Hôtel du Moïse, Hôtel des Angoiselles, Hôtel de Chapelaines, Hôtel de Vauluisant, Hôtel du Commandeur…. This pivotal era, spanning both the Middle Ages and the Renaissance, has left a lasting legacy on Troyes as it is today. The city was ravaged by a great fire in 1524, but has been rebuilt to its original appearance, with buildings replacing their fire-damaged predecessors in exactly the same locations. The 19th century saw Troyes undergo an economic and industrial transformation, driven by the hosiery industry. The “factory shops” were born in TROYES in the 1960s, to sell off local manufacturers’ ends of lines. At first only open to factory staff, little by little they were opened to the general public. Let’s remind ourselves of some of Troyes great brands such as Lacoste, Doré Doré or Petit Bateau!

This legacy has bestowed upon Troyes its unique identity. Today, the town is undergoing a significant transformation which began in 1970. This slow and patient restoration programme of the town’s heritage sites is coupled with the evolution of its economy. The modern city is a direct descendant of its medieval predecessor. This venerable city is now living through its fourth golden age. Troyes La Champagne is also full of historical and architectural gems. Explore and get astonished through its museum collections: History, Fine Arts, Modern Art, Hosiery, Apothecary, Archeology, Arts and popular traditions… The town is on a human scale, and the countryside is never far! Troyes Champagne Métropole now welcomes visitors passing through with pleasure. Troyes and its surroundings also benefit from multiple little greenery spots that are like many places where you can take a breath besides the frantic race of everyday life. The landscape reflects the local style, unless it is the other way around: modest in height, moderate in area, and accessible to all. Then there are the Champagne plains with endless farmland, the Grands Lacs de Champagne and the viticultural island of Montgueux, which surround the town. Or the completely different valleys of the Pays d’Othe, home to the vast and truly enchanting Chaource forest. The modest surroundings are a treasure chest for those who know where to look. In Troyes, Historic Capital of Champagne, the nearest vineyard is about ten kilometres away (Montgueux), so it would be a sacrilege to talk of gastronomy without mentioning the famous sparkling nectar of the region, Champagne! It is not well known that the Aube is the 2nd largest producing département of five of Champagne, after the Marne. The actual Champagne appellation vineyards planted and in production cover 6,500 hectares and supply a fifth of the production, with a potential of 50 million bottles, of which 6,3000,000 are produced by winegrowers and winemakers of the Aube. The 59 communes of the appellation are for the most part concentrated in the south of the département the length of the “Cotes des Bar” (from the Celtic “Bar”, meaning peak), between Bar-sur-Seine and Bar-sur-Aube, with a prolongation onto the slopes of Montgueux that overlook Troyes and, and to the northwest near Villenaxe-la-Grande. The Champagne Tourist Route has its own signposting system and the winegrowers there are ready with their welcome.

In that context, since 2019 Aube département has become part of the Cultural Routes of the Council of Europe, which includes the Route of Jewish Heritage, as the cradle of a universally known a recognized intangible Jewish heritage. In Aube département, the Rashi medieval Route of Champagne crosses two other prestigious European Routes: the Templars Route and the Cistercian Abbeys Route. To invigorate the territory, the Rashi Route proposes a combination of a cultural and tourist offering centered on the history of the ancient prestigious Jewish communities of Champagne.