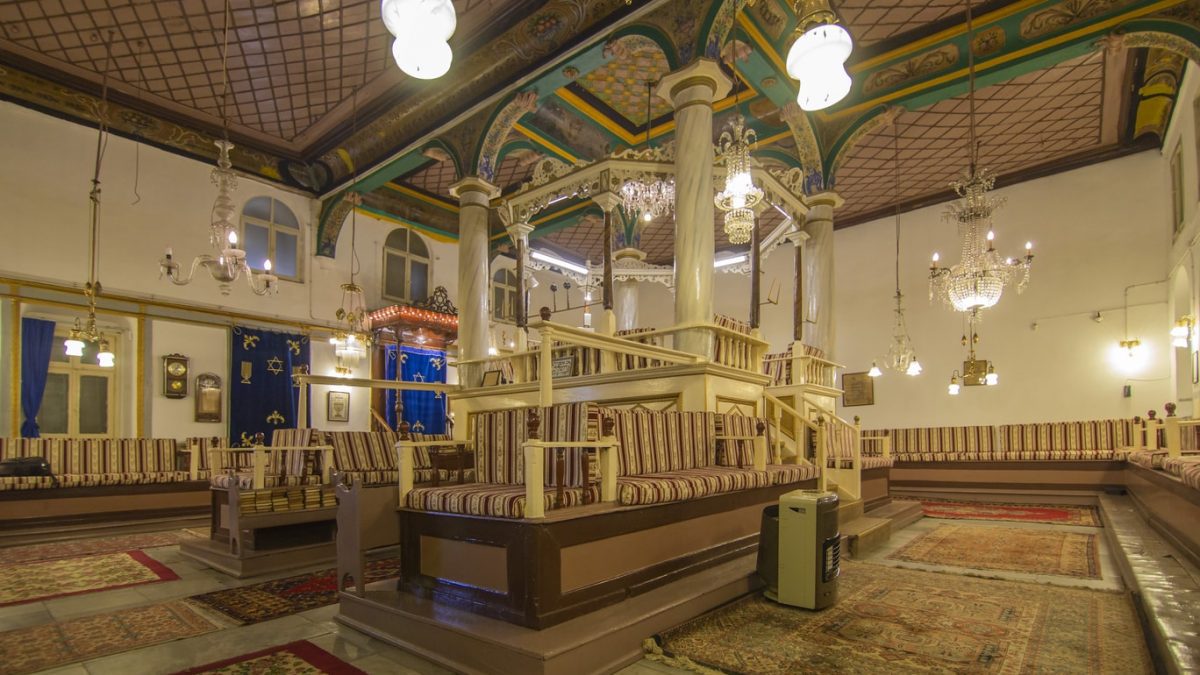 In 1724, Salomon de Ciaves, a Portuguese originned Dutch immigrant to Izmir, donated one of his houses which had a large courtyard, to be used as a synagogue and ensured the purchase of all the religious books and sacred objects required. He also granted some houses and shops adjacent in order to bring some revenue to the synagogue.
At first known as the “Ciaves Synagogue”, it started to be called as the Bikur Holim Synagogue. This new name, meaning visiting the sick, dates to the periods when the basement of the synagogue was used as a hospital during a plague or cholera epidemics, then frequently seen in the city.
It is also possible that the said basement was once the Bet Din prison. Burnt in 1772, the synagogue was rebuilt in 1800 by Manuel de Ciaves of the same family.
With a central Tevah, ceiling decorated with flower and fruit designs embellished columns painted in green and yellow, this synagogue is one of the most beautiful places of worship in Izmir.