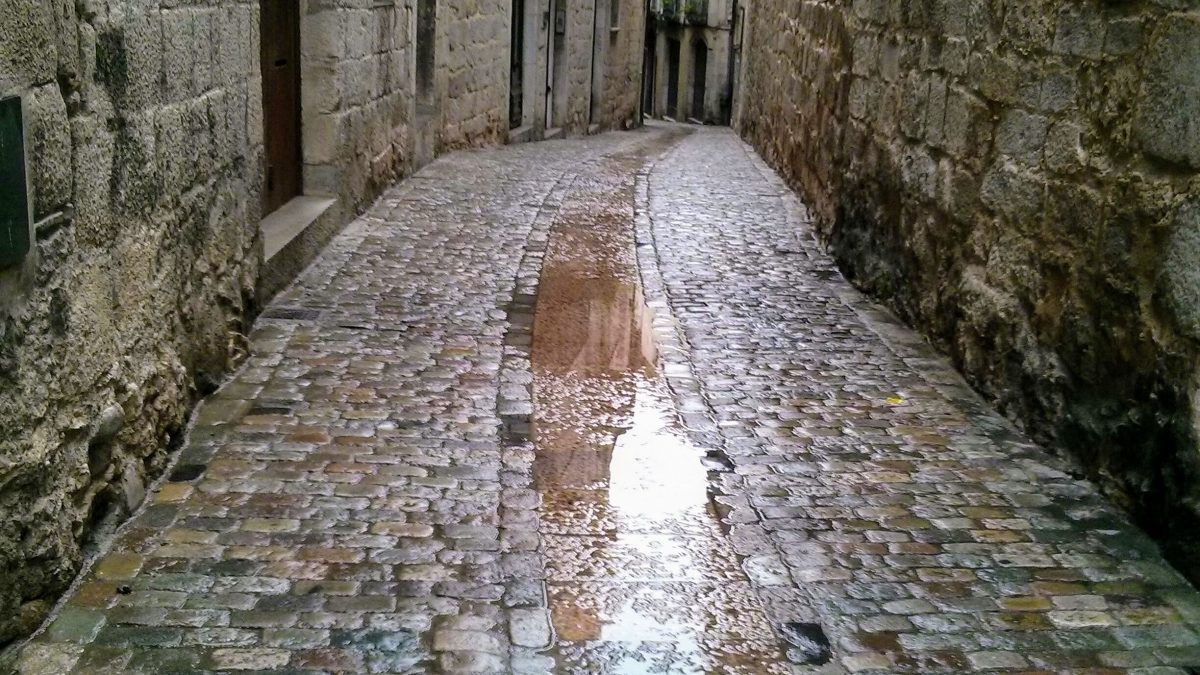 The main thoroughfare of the medieval city and the call (medieval Jewish quarter), also corresponds to the Roman cardus and via Augusta and it takes its name from the fortress which Girona represents. In 1373 it already was the centre of the call, known as Carrer Major del Call On its Western side the call opened out into narrow, steep streets like that of Lluis Batlle street, ancient Synagogue street, Hernández street or Cúndaro street, or the upper stretch of Força street which received the street name Carrer Major del Call Judaic or Mercadell since a medieval market was located at the end of it. At the end of the 14th century this street was declared by the Christian authorities to be a forbidden space to Jews and was renamed Sant Llorenç street.