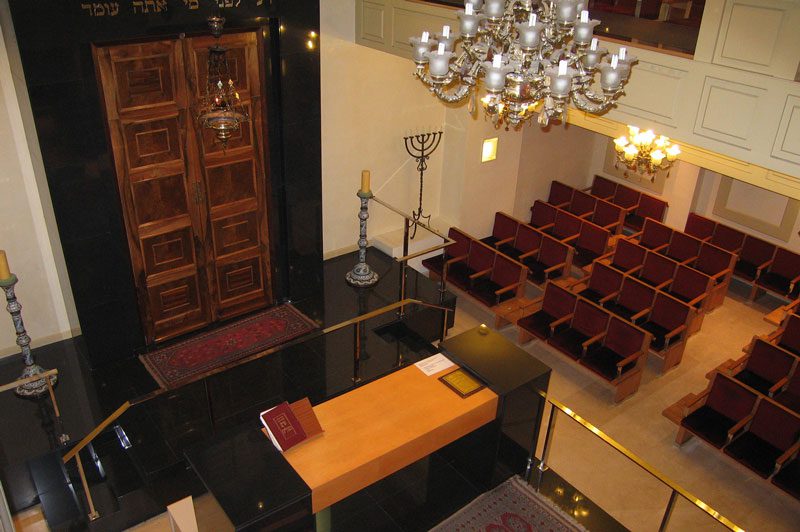 The synagogue of the oldest existing Jewish community in Spain, founded in 1918. The community moved into the current building in 1954. The Synagogue of the Jewish Community of Barcelona, is a cultural and religious center that was built in 1954 to serve the Jewish community that lived then in the city of Barcelona. The three story building is located on Avenir street, and provides services to the members of the community as well as visitors. The center has two synagogues, one Sephardic and the other Ashkenazi. The building also has a library and a conference room.