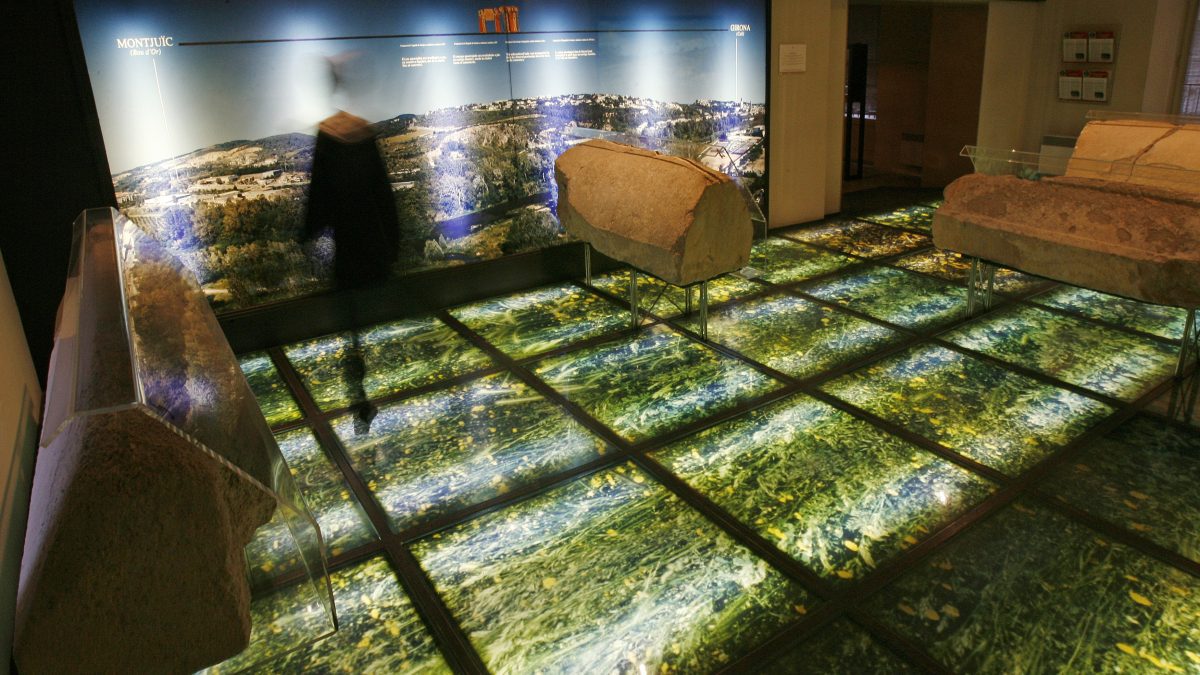 Documents tell us we that the Jewish cemetery already existed in the 13th century in the mountain named Montjuic, in the north of the city, between two streams, in the middle of the current districts of Pedret and Pont Major. In the late 19th century, due to the construction of the railway line which had to link Girona to the French border, the first gravestones with Jewish inscriptions appeared. The Museum of Jewish History displays a unique collection of Hebrew gravestones dated back to the 12th and 15th centuries, from the cemetery of Montjuic and recovered from different places of the city since the 19th century.