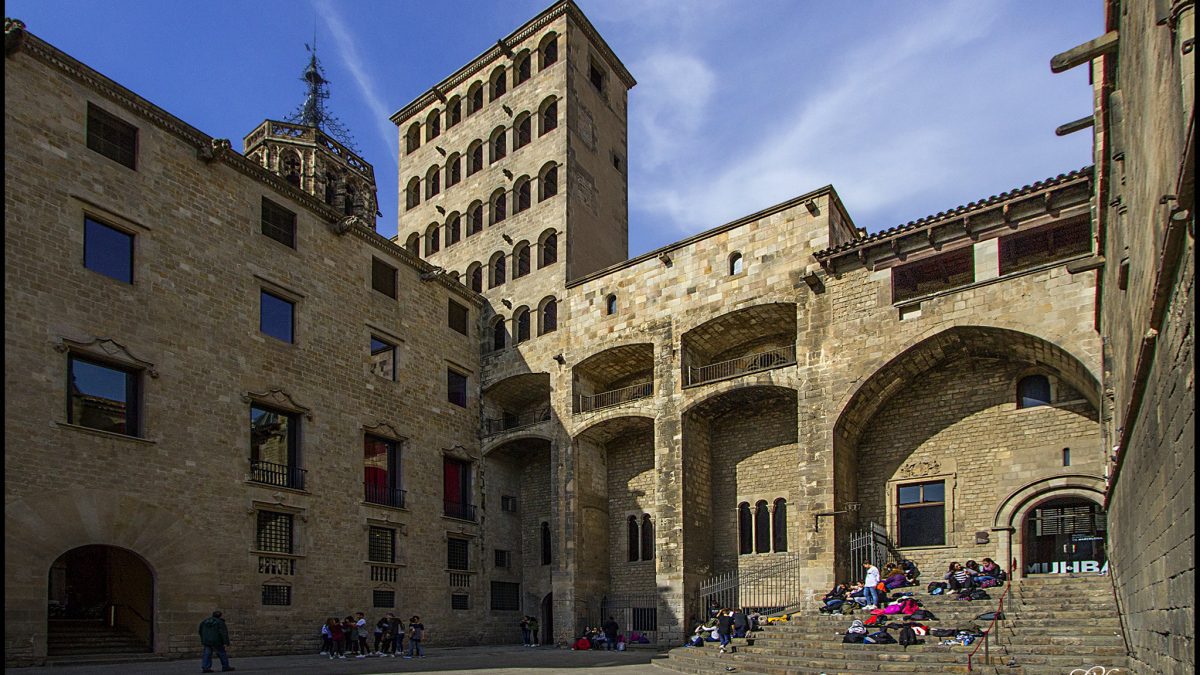 The Plaça Reial stands in front of the former palace of the King of Aragon, location of the famous Disputation of Barcelona, a contest of words between Nahmanides, the Kabbalist of Girona who had close ties with the King, and Pablo Cristiani from Montpellier, a Jew who had converted to Catholicism. The debate went on for 4 days, with topics ranging from debates around the Messiah to which reli-gion showed the truth. The aim of such debates was to show the flaws in Judaism in front of an angry public, humiliating Rabbis who were not allowed to ask questions, but merely defend those presented to them. Though King Jaume I said that “never before had he heard an unjust cause so nobly defended”, and had a good relationship to Nahmanides, he still banished him, albeit with a large sum of money in his hand.