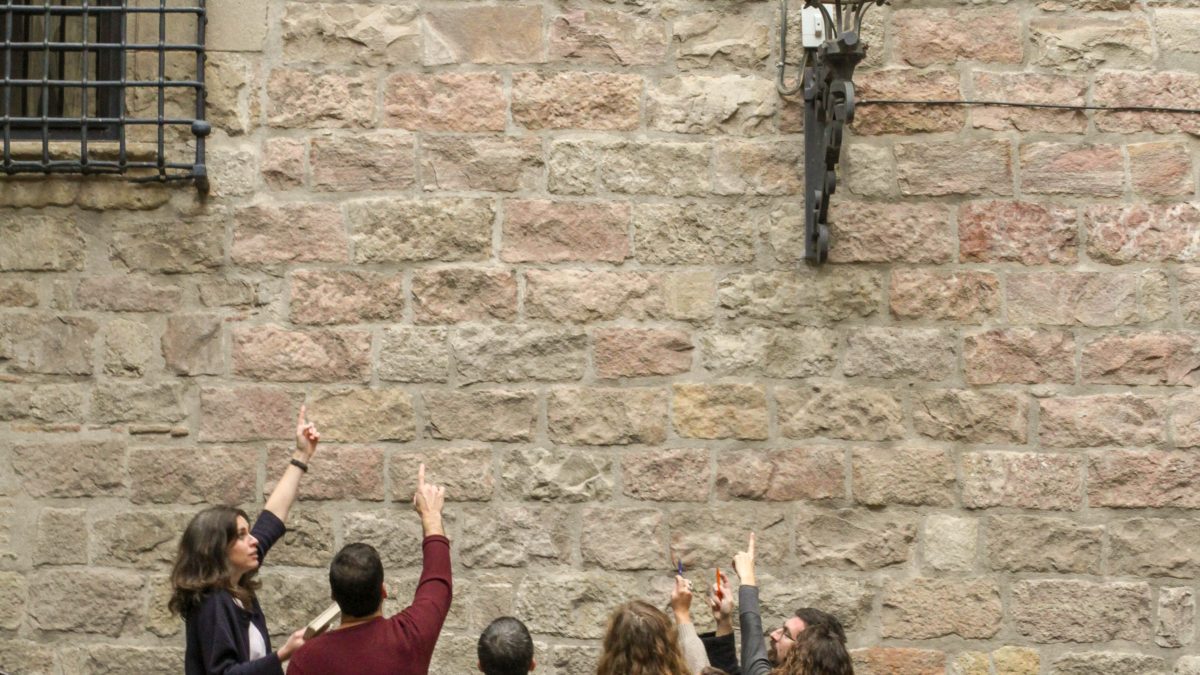 This square hosts the vestiges of one of the most dramatic episodes of Barcelona’s Jewish history. On the walls of one of the building one can still see the hebrew inscriptions from the tombstones that were used to build the Palau del Lloctinent sometime after the Jewish community was expelled. At the time of the construction of the Palau del Lloctinent, the Jewish quarter had already been razed and after 1492, with the expulsion order that the Catholic Monarchs gave to the entire community, theoretically there were no Jews left in the city. Since the Jewish necropolis had already been dismantled, some of its tombstones were reused as building materials. At the facade of the same type building in the Plaza del Rey, near the Salón del Tinell and at ground level you can also see some stones with Jewish inscriptions.