The Izmir Route of Jewish Heritage 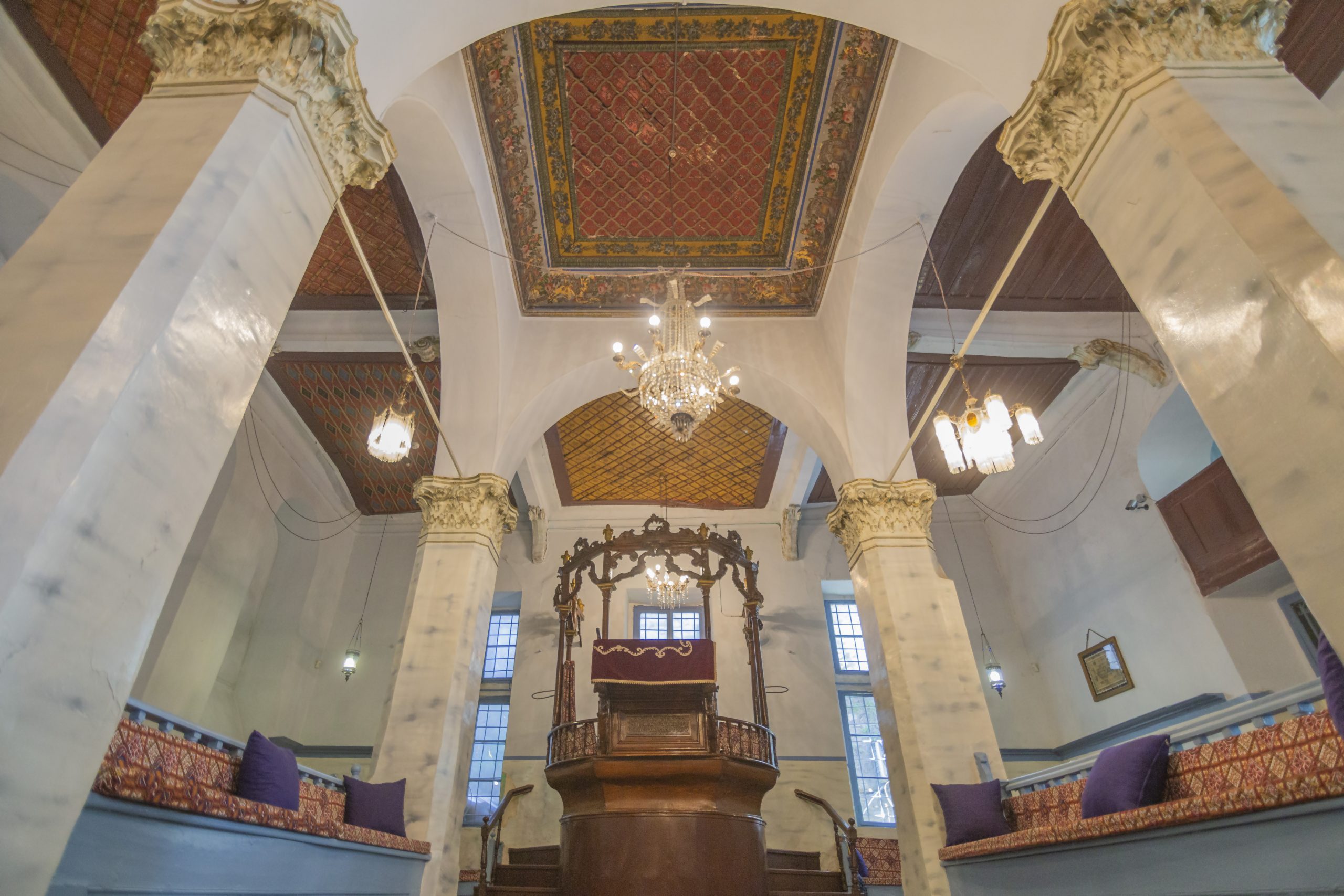 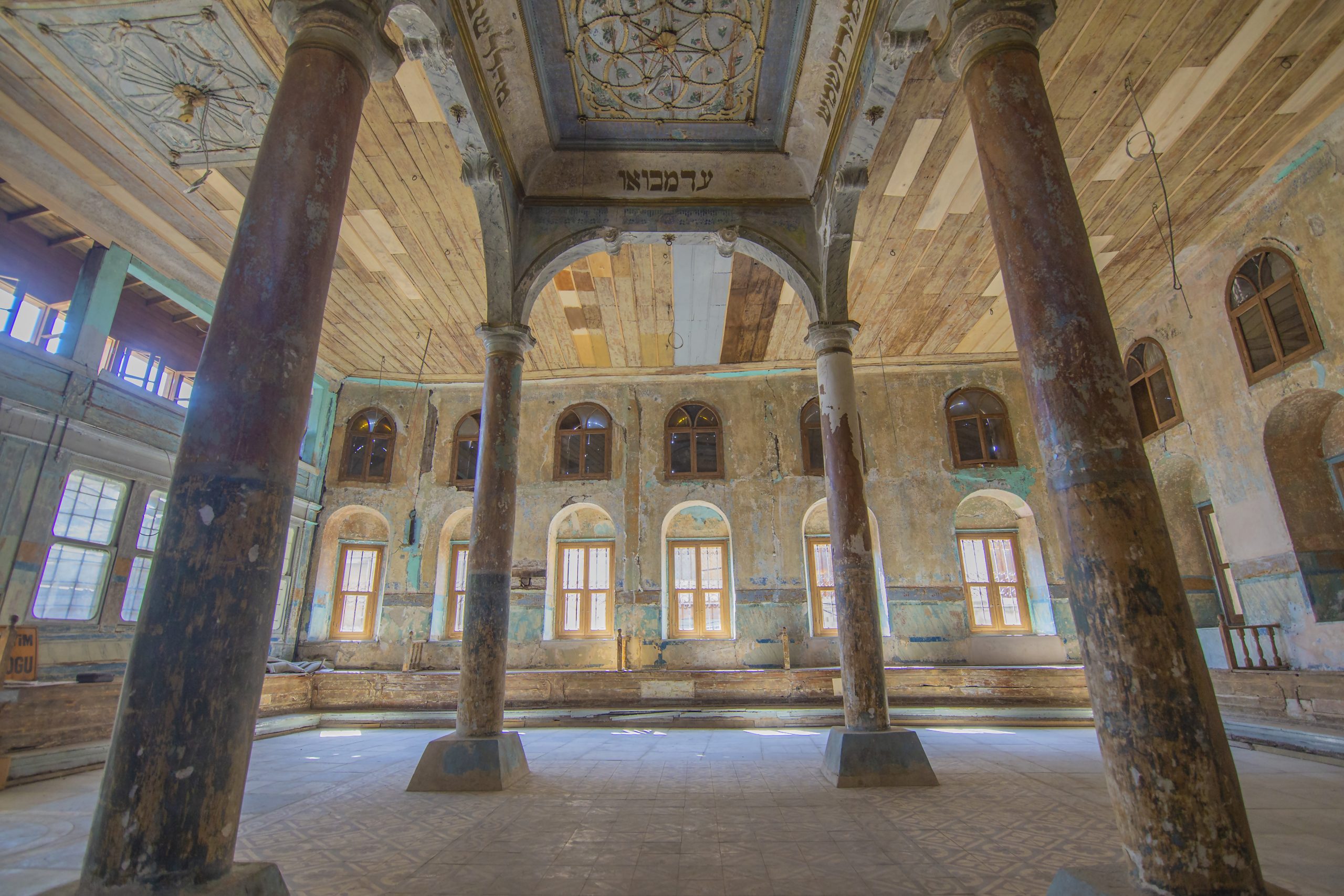 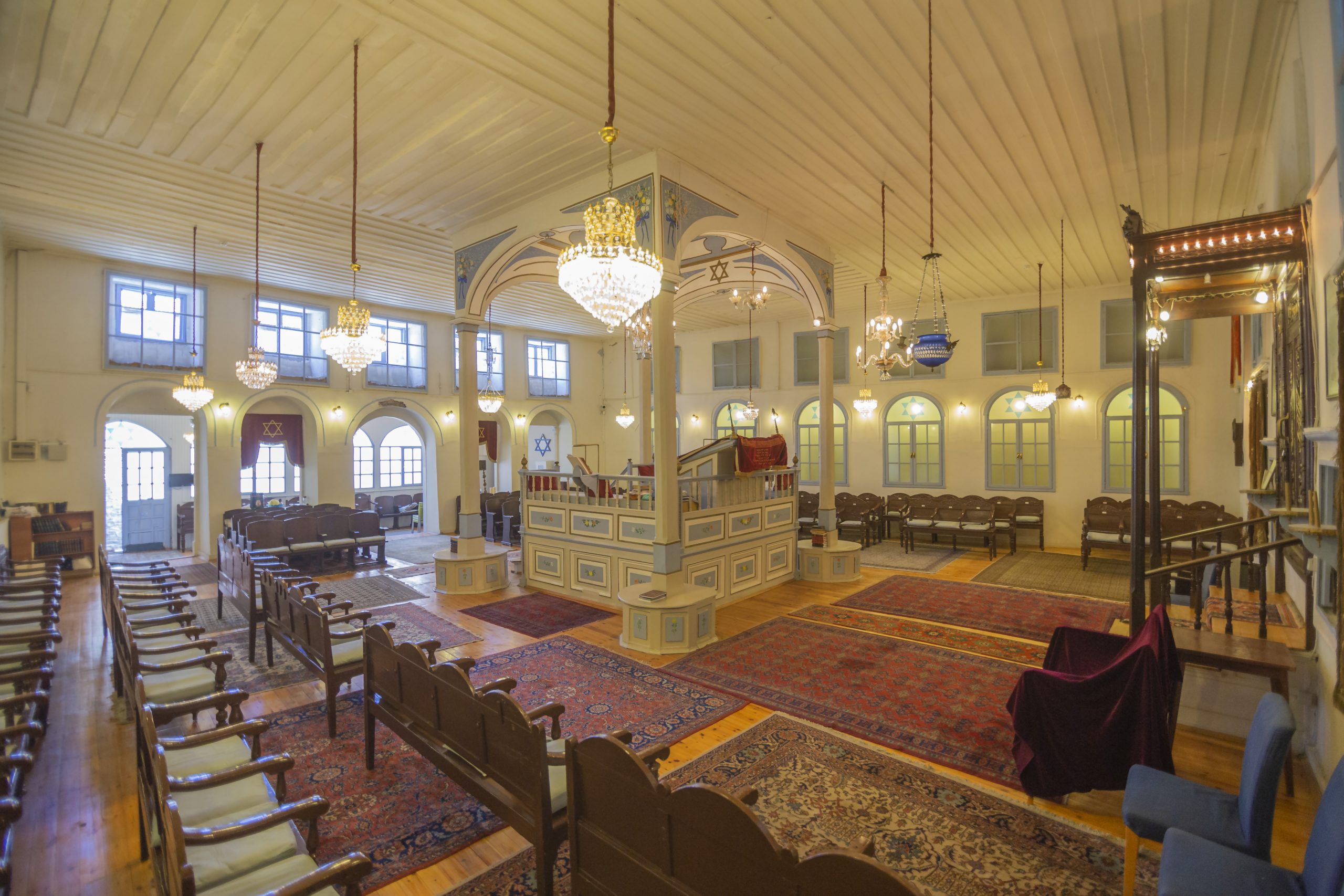 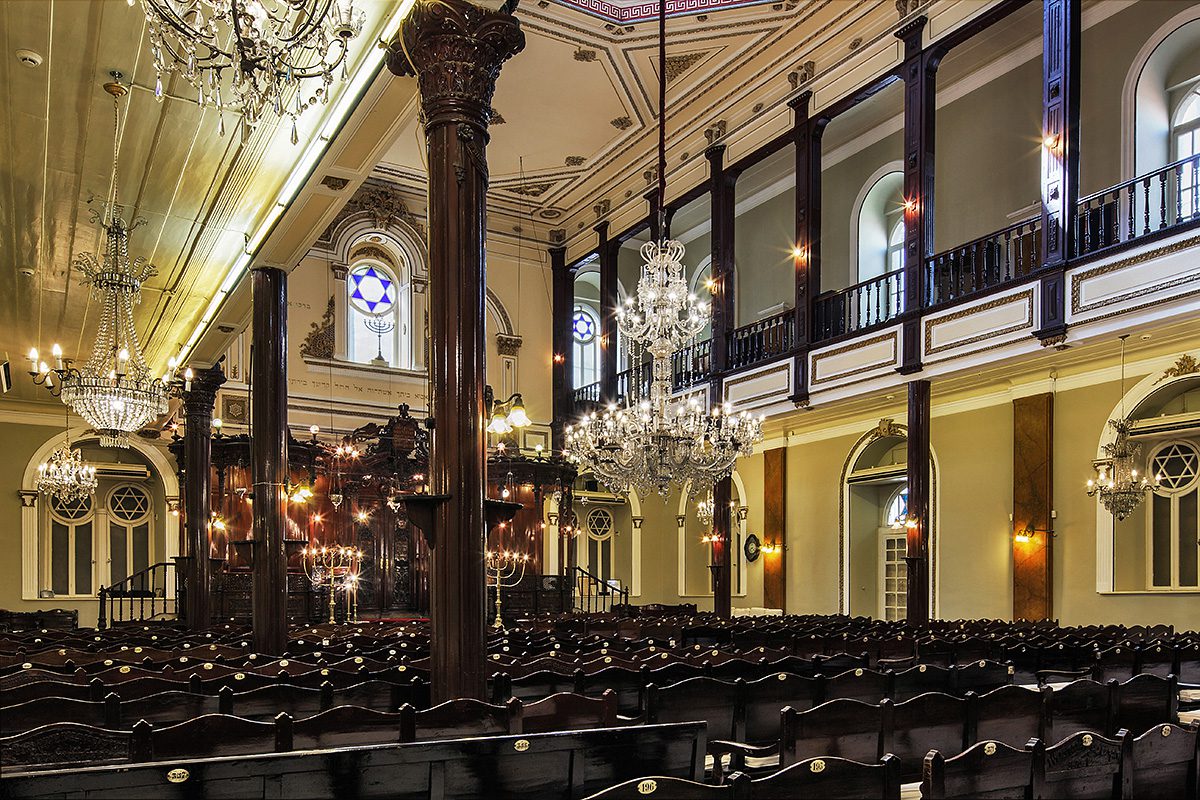 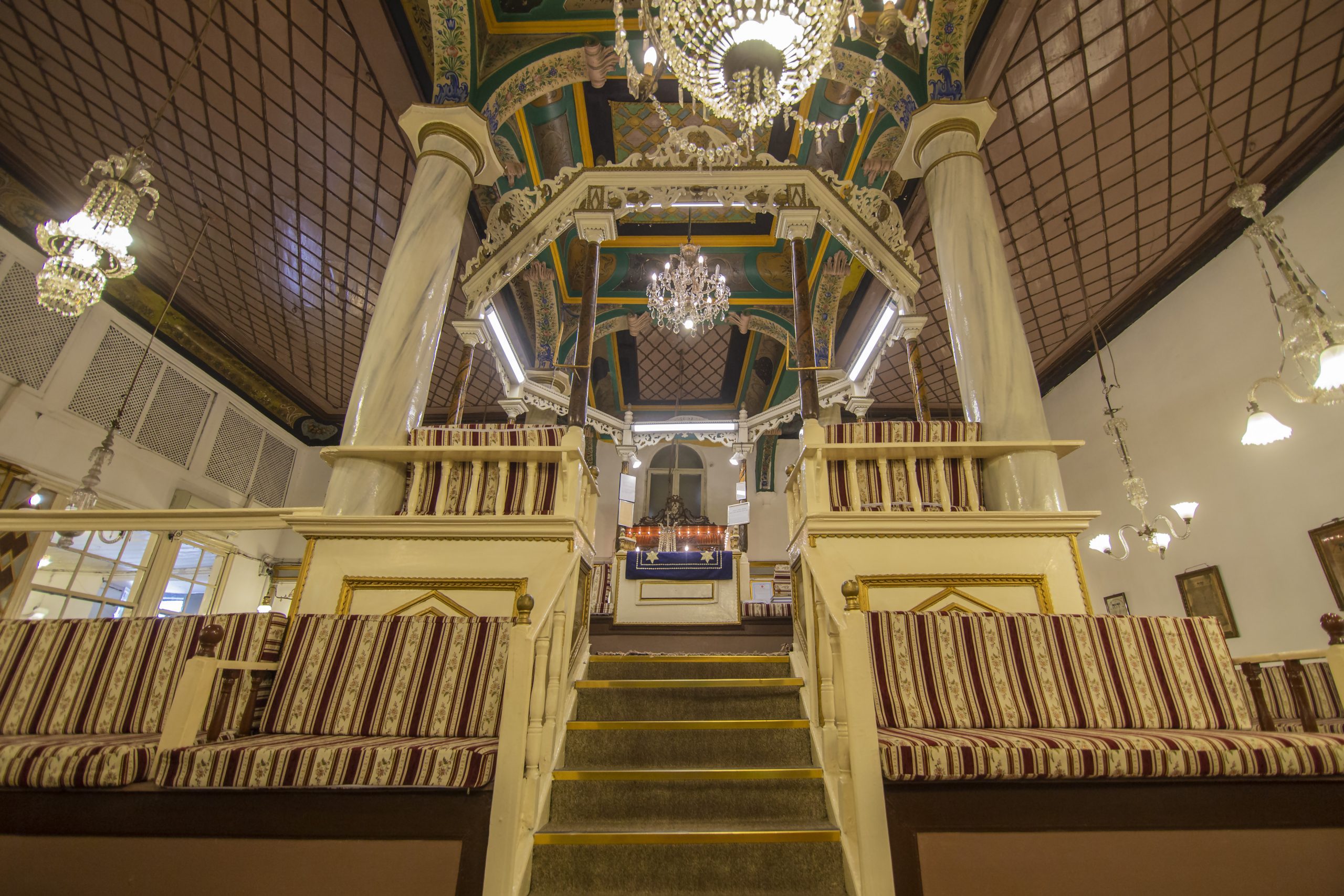 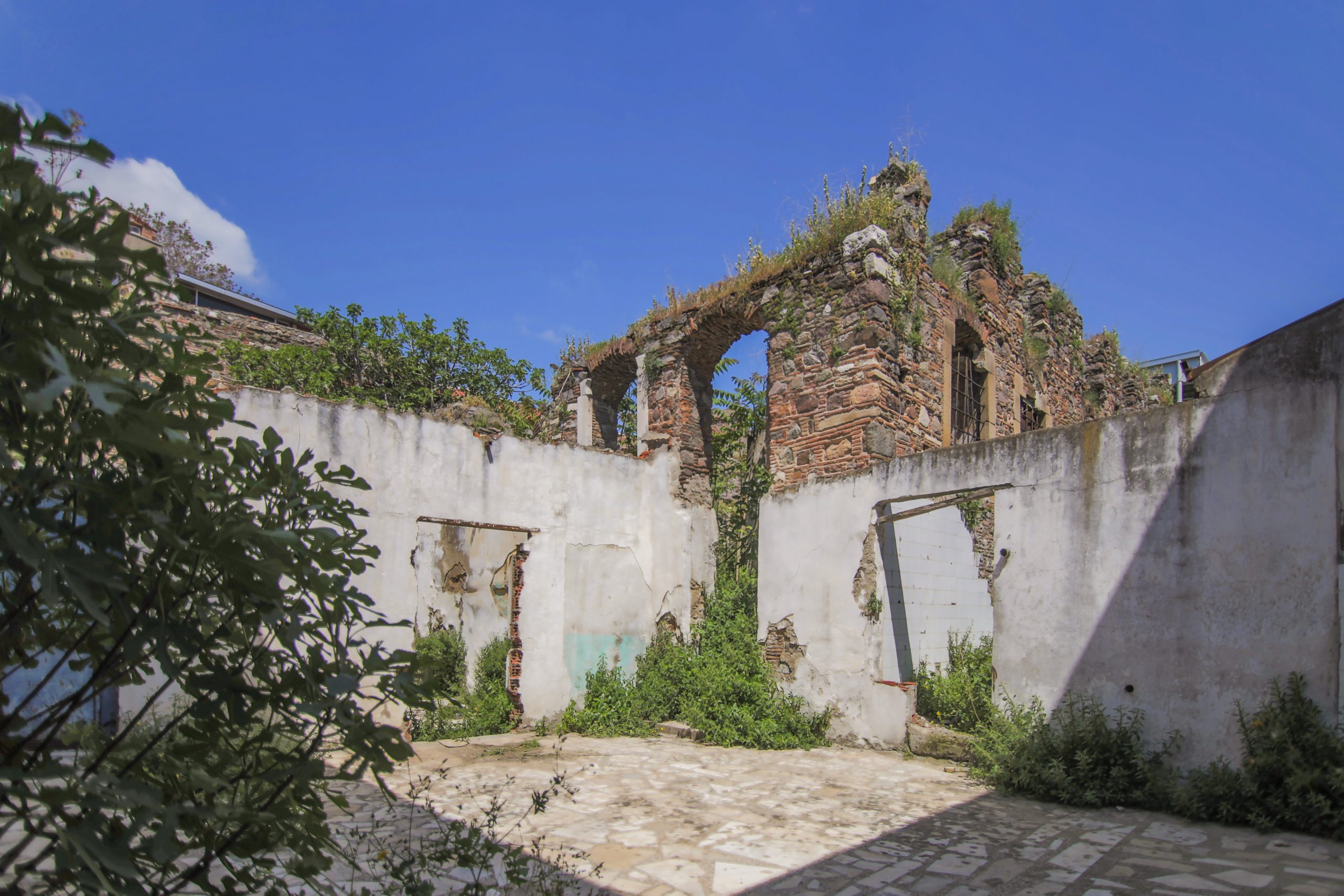 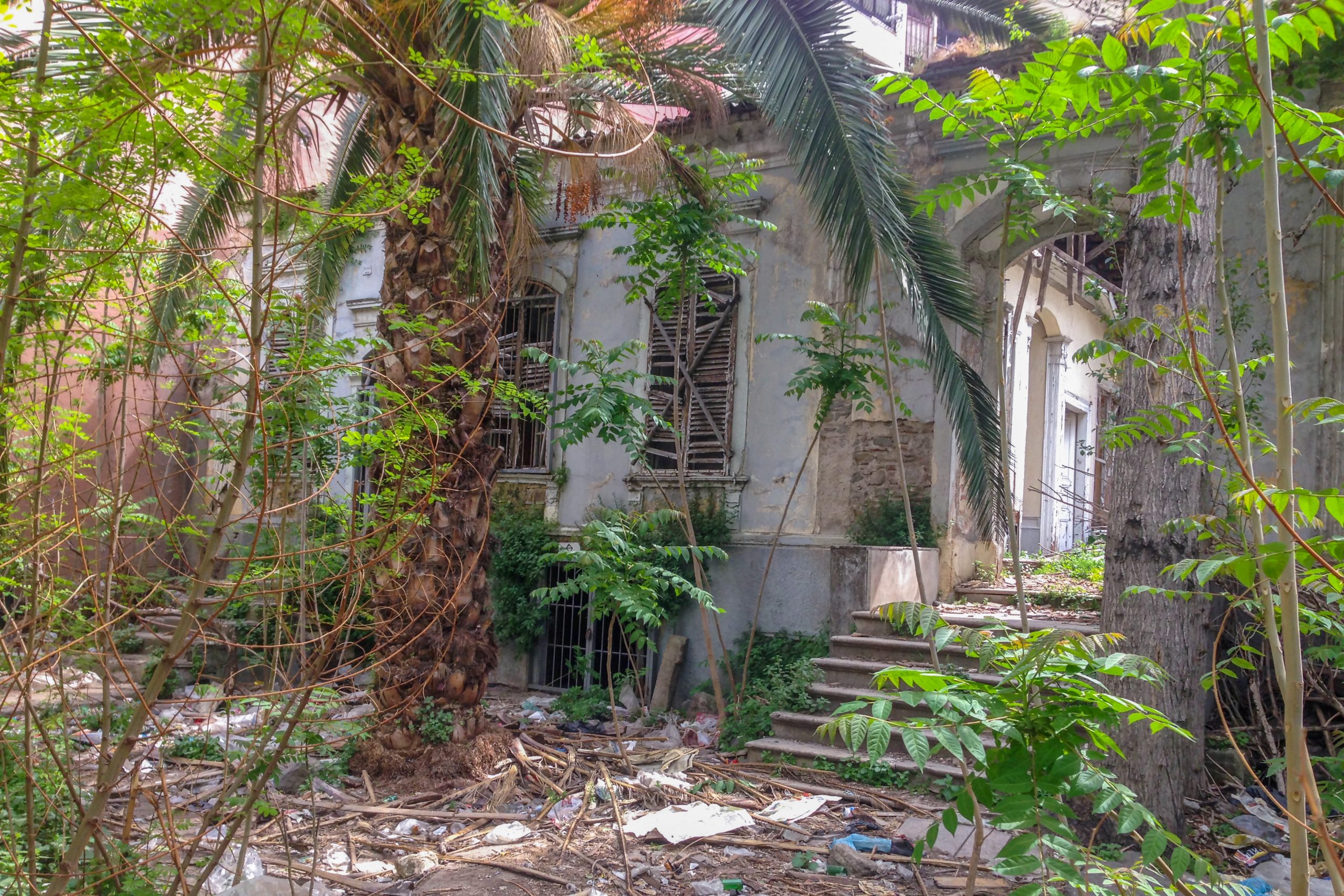 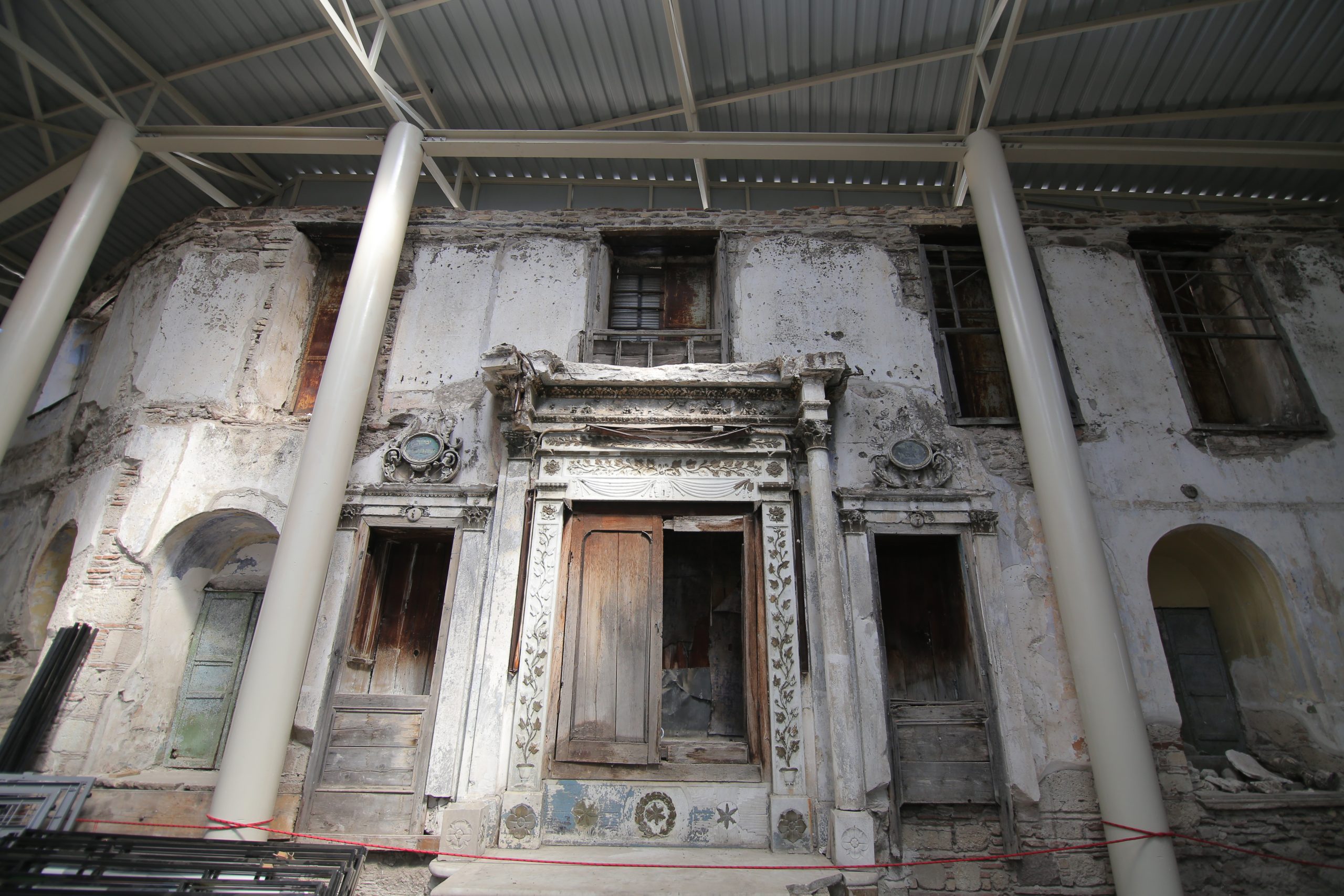 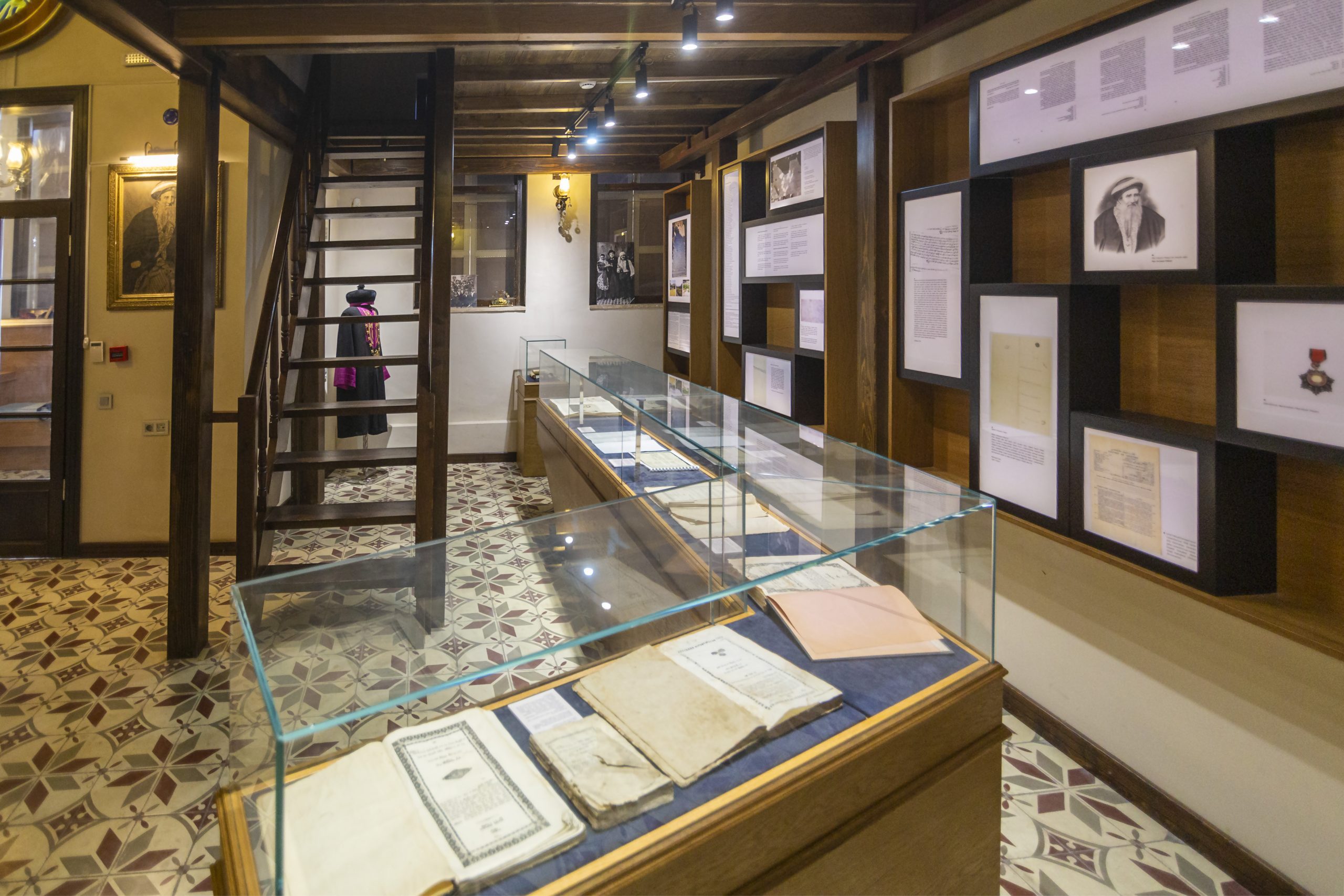 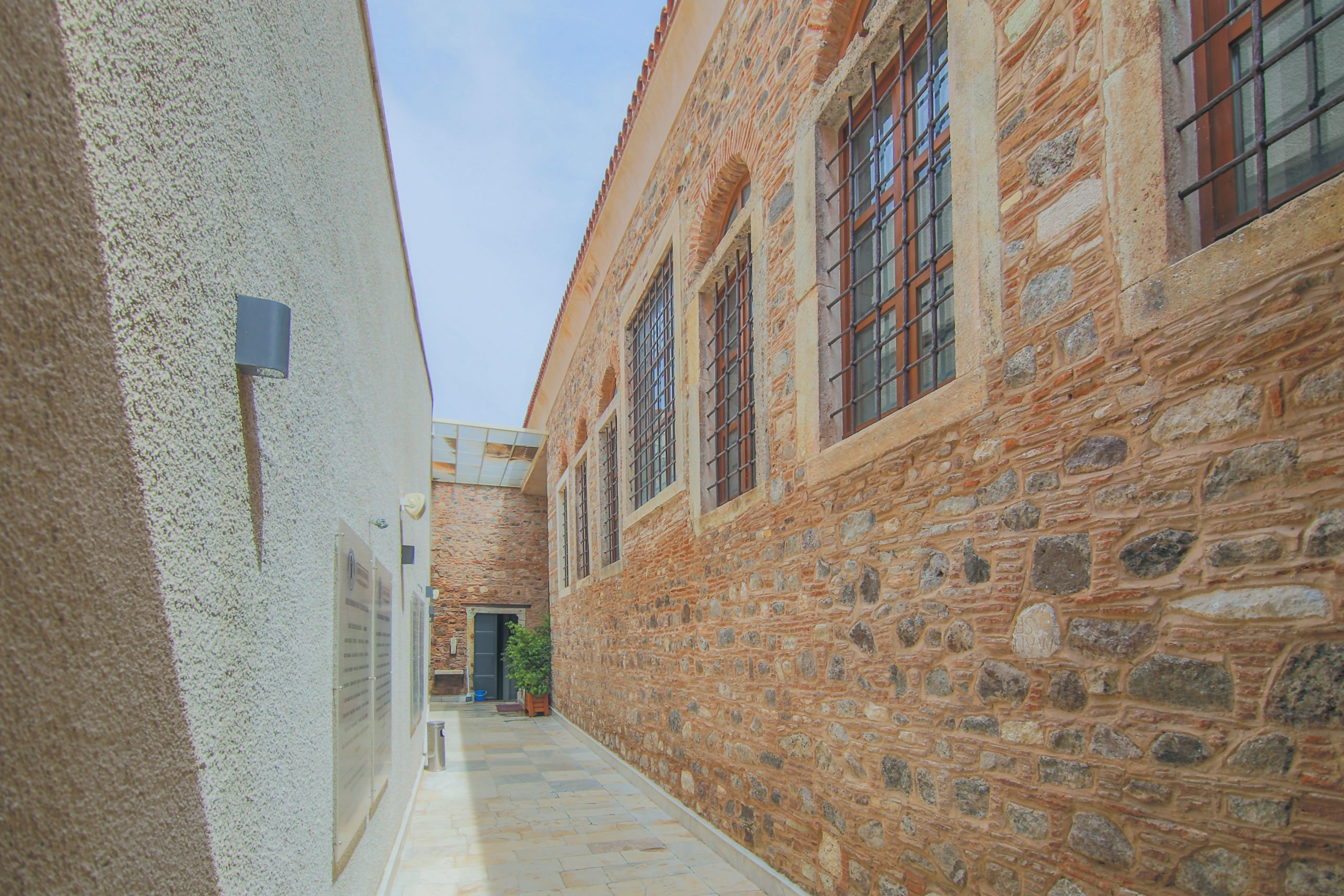 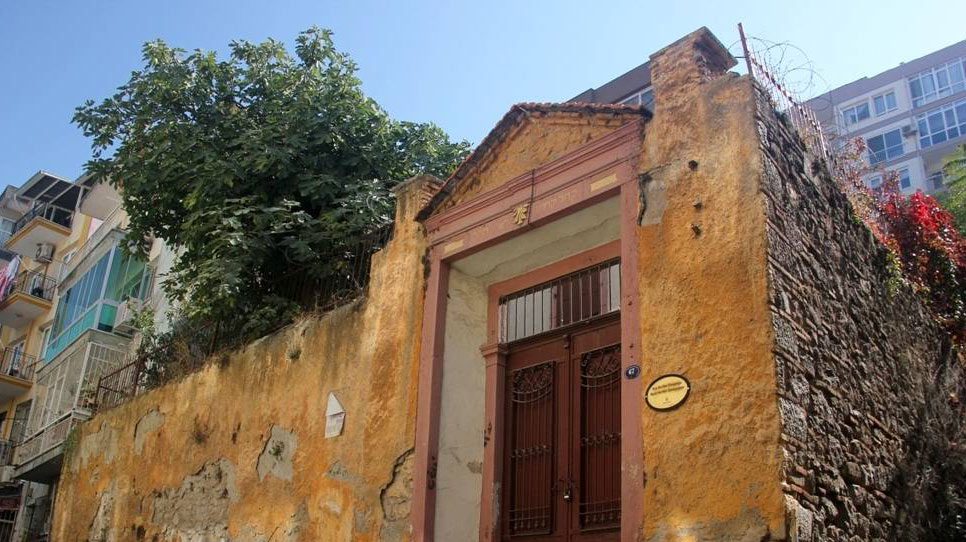 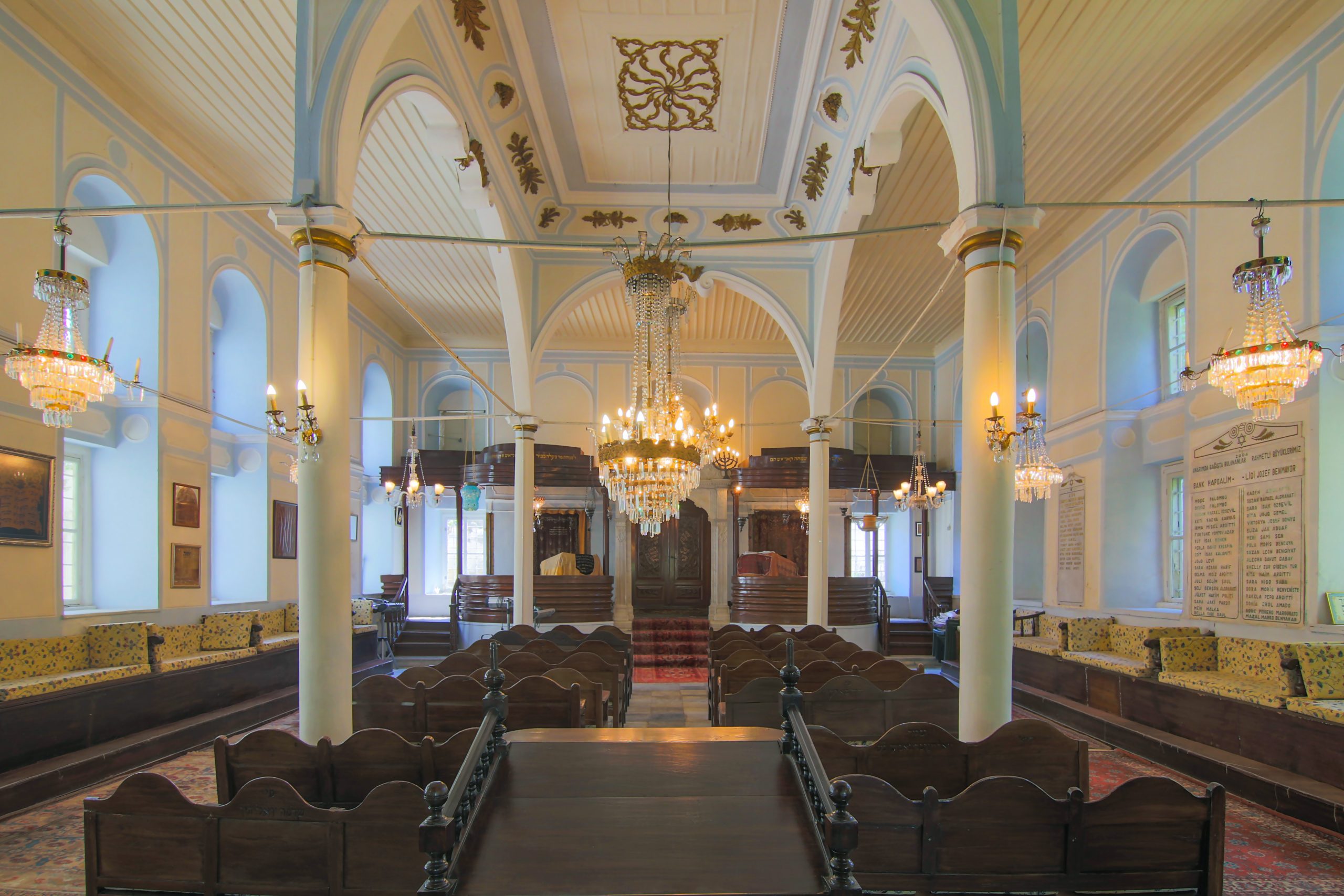 The Route of Jewish Heritage in Izmir is a project under development, but already offers many things to explore. Its presence dating back to the Hellenistic and Roman periods, the Jewish heritage of Izmir exhibits a unique character with its dominant Sephardic traditions of religion and worship, along with the architectural styles of the synagogues that existed in medieval Spain.

Out of many magnificent synagogues built in previous centuries in Izmir, only ten remain today within the Old Juderia and two in the New Juderia. Izmir is the only city to encounter the typical architectural features that survived collectively to the present day.

Some preserved, some in ruins, these synagogues together with the cortejos, the cemeteries, and an elevator tower, also constitute a living testimony to community’s life in Izmir, which was one of the most spectacular of its kind and had the most spiritual and cultural influence on all Jewish diaspora communities in the 17th and 18th centuries.

Regional archeological findings point to a thriving Jewish community in this coastal city, then known as Smyrna. While this Romaniot community seems to have enjoyed considerable importance in antiquity, it’s presence started declining in the late Byzantine period, as Jews got settled in surrounding towns, rather than Izmir itself.

It appears that in the year 1424, when the Ottomans conquered the, by then, small and relatively unimportant town, Izmir no longer had an organized Jewish community. The expulsion of the Jews from Spain (1492) and Portugal (1497), however, opened a new page in the history of Ottoman Jewry. Thousands of exiled Jews settled throughout the Empire, where they made considerable contributions to local trade and economies. In different time periods, including Ottoman Empire and Republic of Turkey, some Ashkenazi groups from various countries also got settled in the city, but the population superiority was always kept by the Sephardi. The resettlement of Jews to Izmir and the reestablishment of the community took place by the end of 16th century and the beginning of the 17th century. This period matches with time of the extraordinary economic growth of the city; when the port of Izmir began to develop into the most important trading center in the Levant. By the middle of the 17th century, the Jewish community numbered in the thousands, and displayed a large degree of heterogeneity. As the waves of Jewish immigration to Izmir during the 17th century came from several different sources (within and outside the Ottoman Empire), the community organized in several synagogues, had their own leadership and institutions, and maintained contact with other Jewish communities.

Born in Izmir in 1626. Shabbetai Zvi and his Sabbatean movement left a deep mark on the history of Izmir’s Jewish community. Indeed, Zvi’s false messianism reverberated throughout the entire Jewish world, and some consider it to have represented an existential threat to Judaism in the 17th century. The later Ottoman period in Izmir was characterized by the growth of the Jewish population and the maturing of religious and secular intellectual life, evidenced by the great number of the Jewish newspapers and secular literature from this period. By the last quarter of the 19th century and the first half of the 20th century, due to regional and World wars, the Jewish community of Izmir faced a lot of emigration traffic, both inbound (mainly from Central and Eastern Europe) and outbound (mainly to Europe and the Americas). Finally, the establishment of the State of Israel, also created a big immigration wave. Eversince, the community continues to diminish gradually due to economic and politic reasons, as well as issues like low growth of population, inter-marriages, youngster moving out for education / job opportunities, etc. As the route of Jewish heritage in Izmir is a project under development, the historical themes are still being worked on.

Nesim, residing in Izmir, has been working with the cultural heritage of the Izmir Jewish Community for more than a decade. As a key player, his role involves development and implementation of projects. Nesim, currently, is the project coordinator of EU funded Izmir Jewish Heritage Project.

Tilda, living in her hometown Izmir, is a tourism professional for over 30 years. Experienced in route and tour planning, tour management and destination marketing, she is also specialized in cultural heritage. Tilda is project assistant of EU funded Izmir Jewish Heritage Project.