The Jewish Heritage Route in Burgenland 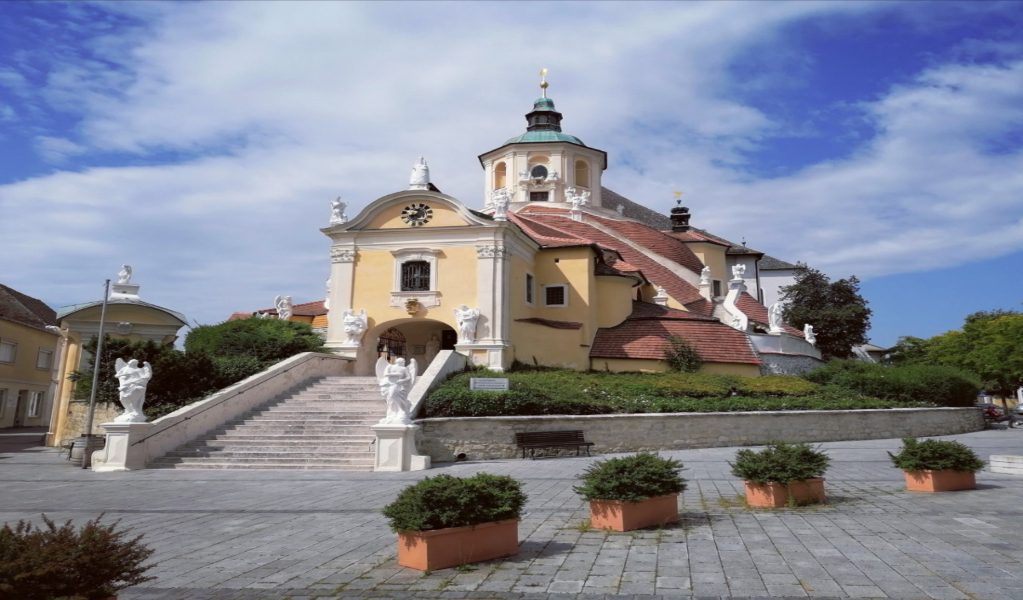 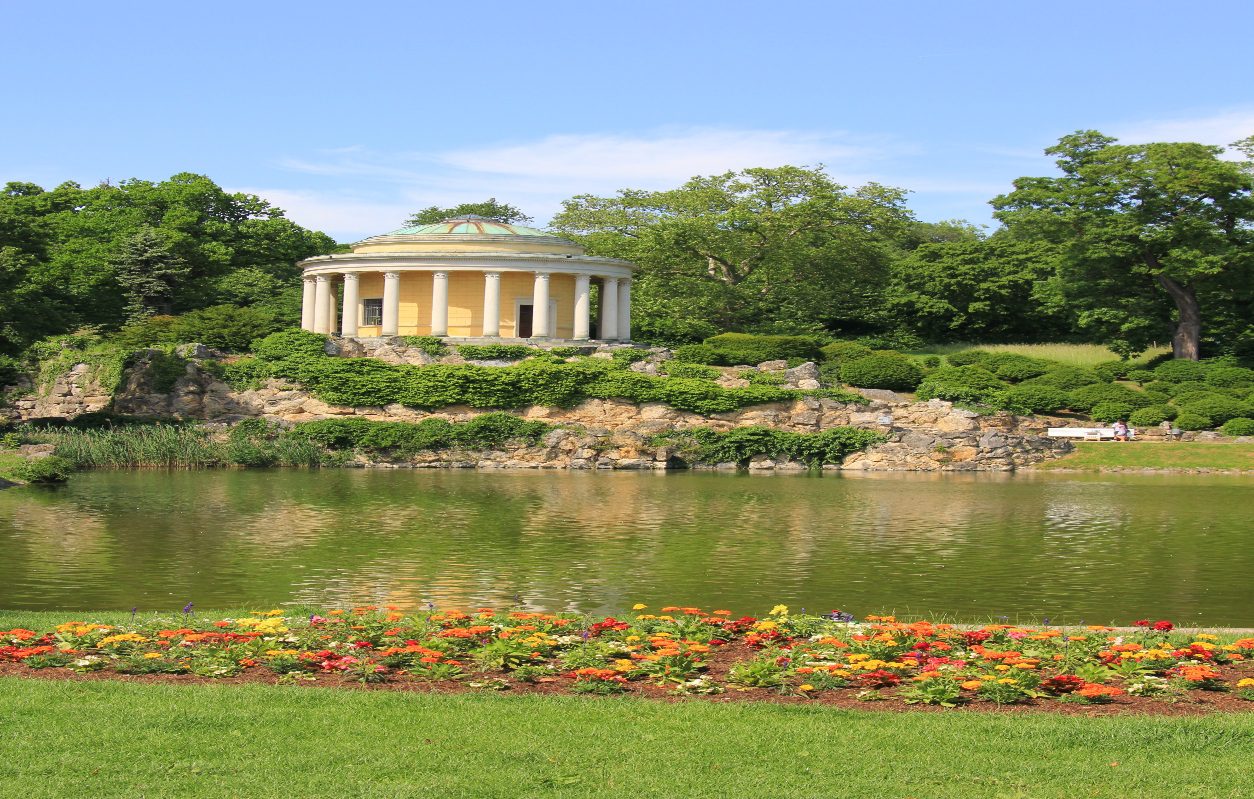 A driving force in the cultural and intellectual life of Europe, a place of intellectual growth for Talmud students from all over Europe, a centre of activity for rabbis of supraregional reputation, the donor of the name for a Haredi neighborhood in the north of Jerusalem, and flourishing Jewish Communities, which were able to flourish over a period of about 250 years, free from expulsion and persecution and enjoying comparatively extensive freedoms, until the National Socialists came to power in Austria. All this can be linked to the former Jewish Communities of Burgenland.

Until 1938, a rich diversity of Jewish life existed in Burgenland. This can also be seen in the wide range of religious life: there were both, strictly Orthodox Communities as well as liberal Neological communal life. The most famous are the Siebengemeinden/Sheva Kehillot, which had been established under the protection of the Esterhàzy family since the 17th century. Even today, the grave of Rabbi Meir Eisenstadt at the older Jewish cemetery in Eisenstadt is considered a place of pilgrimage for Orthodox Jews from all over the world.

Today there is not a single Jewish Community left in Burgenland. When the National Socialists came to power in 1938, the communities were shattered, their inhabitants were plundered, expelled and murdered. Those who managed to escape abroad have exported the memory of these once significant Communities from Burgenland throughout the world. The route through the Jewish heritage of Burgenland is therefore both: a reminder of former spiritual magnificence and cultural wealth and a silent witness to the expulsion and robbery of the same.

The individual places of each section can be combined and visited at will, so that one can arrange the route according to individual wishes. In the north of Burgenland, Orthodox Judaism was the dominant religious trend, while in the south there were also liberal Neologe Communities.

Although the first verified evidence of Jewish life in the territory of today’s Burgenland dates back to the 13th century, a larger number of Jews can be identified in Burgenland starting at the end of 15th century. At that time, Jews were expelled from Styria, Carinthia and some Hungarian cities. After the expulsion of the Jews from Vienna in 1670, many expellees found a new home in Burgenland. In some northern settlements, which were under the control of the Esterhàzy dynasty, they were allowed to settle and security was guaranteed by letters of protection. The letters of protection, which were renewed again and again, regulated the rights and duties of the Jewish tenants on a contractual basis down to the smallest detail. In order to actually enjoy the protection, Jews had to pay protection fees. With the revolution of 1848, the relationship of dependence on the particular landlords came to an end, and the sheltered Jews became Hungarian citizens, receiving freedom of settlement in 1860. However, the goal of civic equality was not formally achieved until the Basic State Law of 1867. Until then, some very strict Orthodox Communities developed, which were known far beyond the borders of the region. Especially Deutschkreutz and Mattersburg can be mentioned as very orthodox communities. Around the middle of the 17th century, three Jewish communities developed in the area of today’s southern Burgenland under the protection of the sovereigns or Counts Batthyány. Sephardic Jews also settled here to some extent. From the 19th century onwards, liberal neologeous trends also established themselves in Southern Burgenland. Thanks to the repeatedly renewed letters of protection, the Jewish communities in Burgenland enjoyed extensive freedoms compared to other communities in Europe and were protected from persecution and expulsion. It was not until the “Anschluss” of Austria to the Third Reich in 1938 that the Jewish Communities of Burgenland were dissolved.

With the destruction of the Jewish Communities in 1938, all Jews were expelled from Burgenland so that there is no longer a vivid Jewish Community in Burgenland today. Only a few days after the National Socialists came to power, the Jews were ordered to leave their homes under threats and physical violence and deported to Vienna or neighboring countries. Many of them became victims of the National Socialist extermination policy until 1945.

Despite this, before the persecution and expulsion of the Jews from Burgenland, there was a very active communal life. It was expressed, among other things, in a number of religious, humanitarian and social associations. There was a large number of praying, women’s, social, or educational associations. The yeshiva of Deutschkreutz was widely known and attracted students from all over Europe to Burgenland. Likewise, many Jews from Burgenland contributed significantly to the intellectual and cultural life in Europe. Among them are, for example, Carl Goldmark and Joseph Joachim.

The Jewish Communities of Burgenland were dissolved in 1938 after the “Anschluss” of Austria to the Third Reich and after the National Socialists came to power. Following the end of World War II in 1945, very few Jewish families returned to Burgenland and today, spread all over Burgenland, there are barely a dozen Jews. Out of the approximately 3,900 Jews residing in Burgenland in 1938, about a third were murdered in the Shoah. The majority managed to escape to the US, the United Kingdom, Israel, Argentina and other countries. Today, the Research Society Burgenland (BFG) as well as other local memorial initiatives strive to keep the memory of this important part of Burgenland’s history alive. However, the aim is not only to commemorate the expulsion and murder of the Jews during the National Socialist era, but also the rich contribution of the Jewish Communities to European intellectual and cultural life.

The Research Society Burgenland, as the organizer of the Burgenland Route, is particularly eager to remember this important aspect of Burgenland’s history and to take initiatives to commemorate it.

The former Jewish Communities of Burgenland offer a wide range of themes that can be discovered within the route. For example, in the field of music in Deutschkreutz one can discover traces of the composer Carl Goldmark, who was extraordinarily famous by the 19th century, while Kittsee is closely associated with the important violinist Josef Joachim. One of the greatest composers of his time, Joseph Haydn, also worked in Eisenstadt in the immediate surroundings of the Jewish Community. Franz Liszt is also connected with the Jewish Community of Lackenbach, as his patron Ruwen Hirschler lived in Lackenbach. 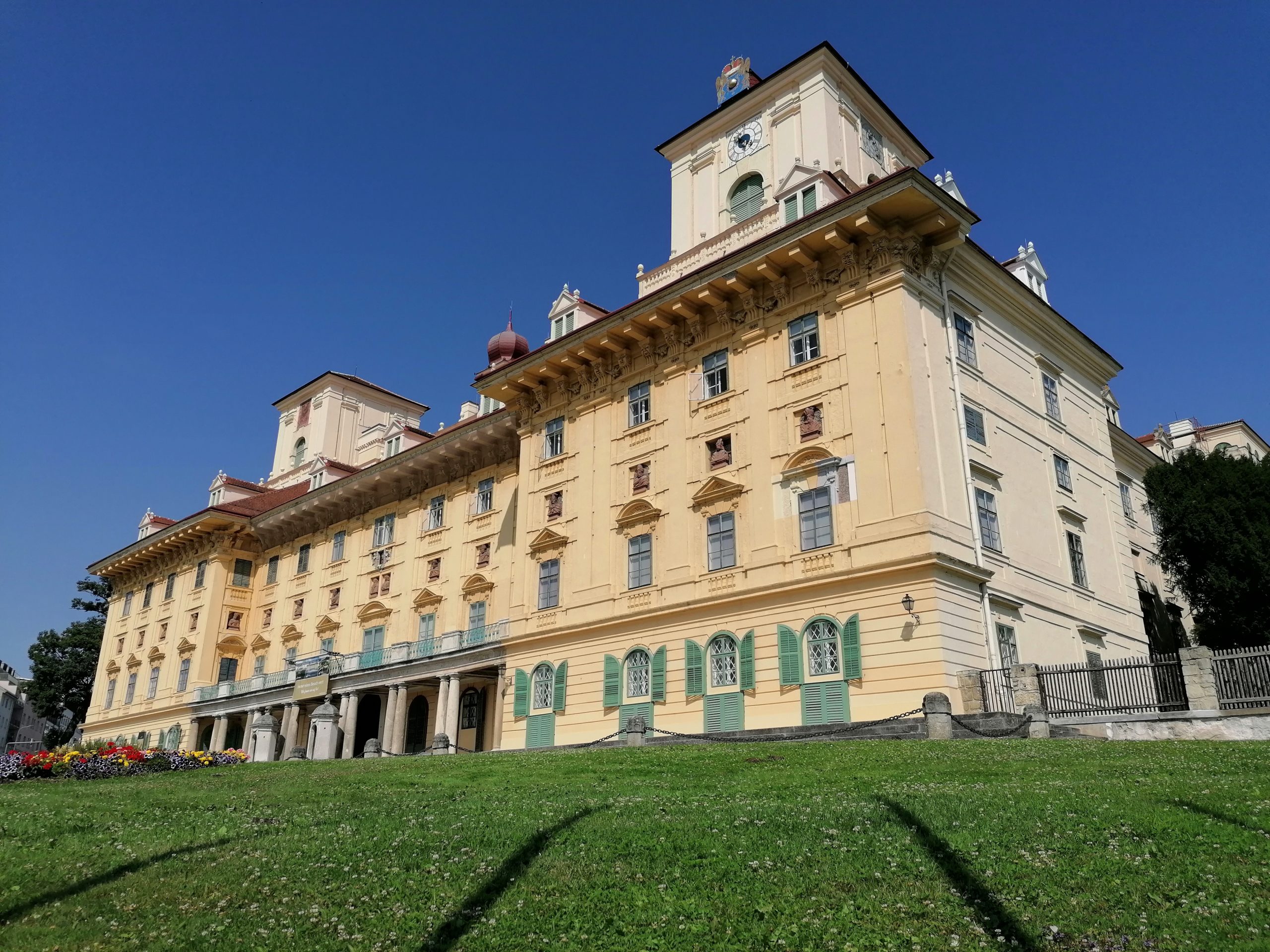 He studied political science at the University of Vienna. During and after his studies he worked on several relevant research and publication projects and was a lecturer for political education at the Regional Adult Education Center Burgenland. Since September 1995 he is the executive director of the Research Society Burgenland/Burgenländische Forschungsgesellschaft (BFG).

Project manager and specialist staff member in the Department of Regional Contemporary History and Active Citizenship.

He is an historian with lecturing activities on historical topics related to the history of Burgenland. He is an expert on the history of minorities in Burgenland and has been working for the BFG since 2018.