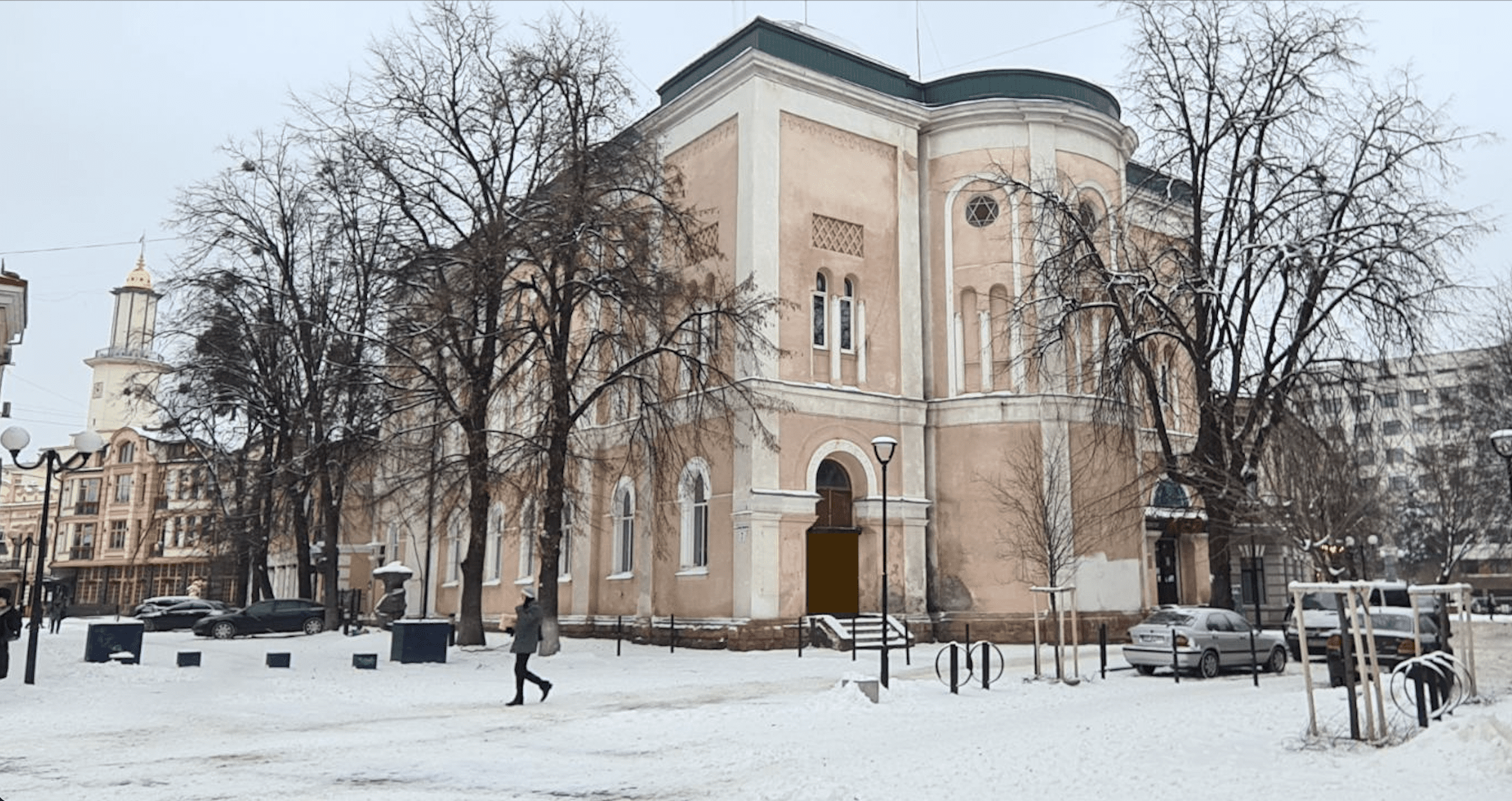 Ukraine’s Jewish community has a rich history: here were the first shtetls, built by Jews working for Polish aristocrats in the 18th century;  it is here that Hasidism had its origins; and it is here that classic Yiddish-language literature began to develop. Moreover, Ukraine has one of the largest numbers of Jewish heritage sites of any European country: some 1,500 have been identified with the true number likely running into the thousands.

The development of the Ukrainian Route of Jewish Heritage will begin in Western Ukraine, highlighting the life of Jews in the Lviv, Ivano-Frankivsk, Zakarpattia, and Chernivsti Oblasts.

Jewish settlements in Ukraine can be traced back to the 8th century, when Jewish refugees from the Byzantine Empire, Persia, and Mesopotamia, fleeing from persecution by Christians throughout Europe, settled in the Khazar Khaganate. By the 11th century, the Byzantine Jews of Constantinople had familial, cultural, and theological ties with the Jews of Kyiv.

In 1016, during the rule of Yaroslav the Wise, the ‘Grand Prince of Russia,’ one of the city’s three gates was called Zhydovski, the “Jew’s Gate.” While at times the Jewish community in the Ukraine flourished, at other times it suffered periods of persecution and anti-Semitic discriminatory policies.

During the Polish-Lithuanian Commonwealth period (1569-1795), Jews in Ukraine were one of the country’s largest and most important ethnic minority groups. But as they prospered, anti-Semitism flourished. The Cossack Uprising followed by the Swedish War in 1648-1658 left a bitter, lasting impression on the Jewish social and spiritual life because of their sequel of Jewish massacres.

The teachings of Israel Ben Eliezer, known as the ‘Baal Shem Tov’ (1698-1760) profoundly influenced the Jews of Eastern Europe with his introduction of the Hasidic movement. The rise of Hasidic Judaism promoted the development of Jewish life in Ukraine.

Ukraine is, along with Belarus and Lithuania, heir to the former “Pale of Settlement,” the buffer zone designed by the czarist government in the late 18th century to contain the Jews within the westernmost margins of the Russian Empire. In the 19th century, Ukraine, as a part of the Pale of Settlement, was densely populated with Jews, who had always played a prominent role in the development of commerce and industry in the region, especially in Kyiv, Odessa, and Kharkiv.

The anti-Semitic policies of the Russian emperor Alexander III tightened restrictions on where Jews could live in the Pale of Settlement and restricted the occupations that Jews could attain. The pogroms of 1881 and policies under both Alexander III and his successor, Nicholas II, encouraged many Jews to emigrate to the United States  and Europe at the end of the 19th century and at the beginning of the 20th century.

At the end of the First World War, from 1917 to 1921, revolution and civil war tore through Ukraine. Nationalist gangs perpetrated massive pogroms, massacring 100,000 Jews across the country. The Soviet powers, in contrast, abolished the Pale of Settlement and other restrictions against the Jewish community. However, they simultaneously began anti-religious campaigns that led to the closure of many synagogues.

During World War II and the Holocaust period over a million Jews were killed by the Nazis and local Ukrainian supporters all around Ukraine. After the war, certain Jewish communities regenerated following the return of those who managed to escape into central Russia in time, but the official antireligious and anti-Semitic policies continued. In the early 1950s many synagogues and community institutions across the country were closed. Towards the end of the 20th century,  the collapse of the Soviet Union and the development of an independent Ukraine set the stage for the renaissance of Jewish life.

It is reported that the Jewish community of Ukraine today is the fifth largest in the world (after the United States, Israel, Russia, and France). Estimates of the total number of Ukrainian Jews put the figure at upwards of several hundred thousand. The Jewish population of Ukraine is mainly concentrated in Kyiv, Dnipropetrovsk, Kharkiv, and Odessa. Jews also live in many small towns. Most Jews in modern Ukraine are native Russian and Ukrainian speakers, and only some of the elderly citizens speak Yiddish as their mother tongue.

Cities on this route: coming soon

Darcy Stamler is a Route Manager of the Ukrainian Route of Jewish Heritage. Over the last several years, Darcy has been actively involved in Jewish heritage preservation work in Western Ukraine. Born and raised in the United States, she is Chief Financial Officer of Gesher Galicia, Inc., a non-profit organization based in the United States that carries out Jewish genealogical and historical research on Galicia, formerly a province of Austria-Hungary, which today comprises an area divided between western Ukraine and southeastern Poland. Darcy is also a trustee of Heritage Springs, a non-profit organization based in Ukraine and the United States that is preserving Jewish heritage sites in Ukraine.

Yana Krichfalushii is a Route Manager of the Ukrainian Route of Jewish Heritage. She is the Executive Director of Heritage Springs, a non-profit organization based in Ukraine and the United States that is preserving Jewish heritage sites in Ukraine, with its initial large-scale project being the restoration of the former synagogue in Vilkhivtsi in the Zakarpattia Oblast. Born and raised in Vilkhivsti, Ukraine, Yana has, over the last few years, catalogued and promoted local Jewish heritage points of interest for visitors to the region, including the Vilkhivsti Synagogue. In addition, she organizes the work of caring for Jewish cemeteries in the area.