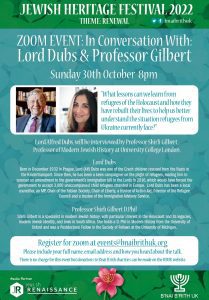 The renowned human rights advocate Lord Alfred Dubs was interviewed by Professor Shirli Gilbert, who is Professor of Modern Jewish History at University College London. They were mainly discussing the situation faced by refugees from Ukraine coming to the UK and how that compares with Lord Dubs’ own experiences as a refugee coming to the UK in 1939 on the Kindertransport at the age of 6.

They also talked about child refugees and how people’s attitudes to refugees has changed for the better here, but that there is still so much more work to do to help refugees fleeing from war.

It was an engaging and thought provoking discussion and Lord Dubs answered a number of very interesting questions from the audience at the end.

You can watch the recording of the session here: 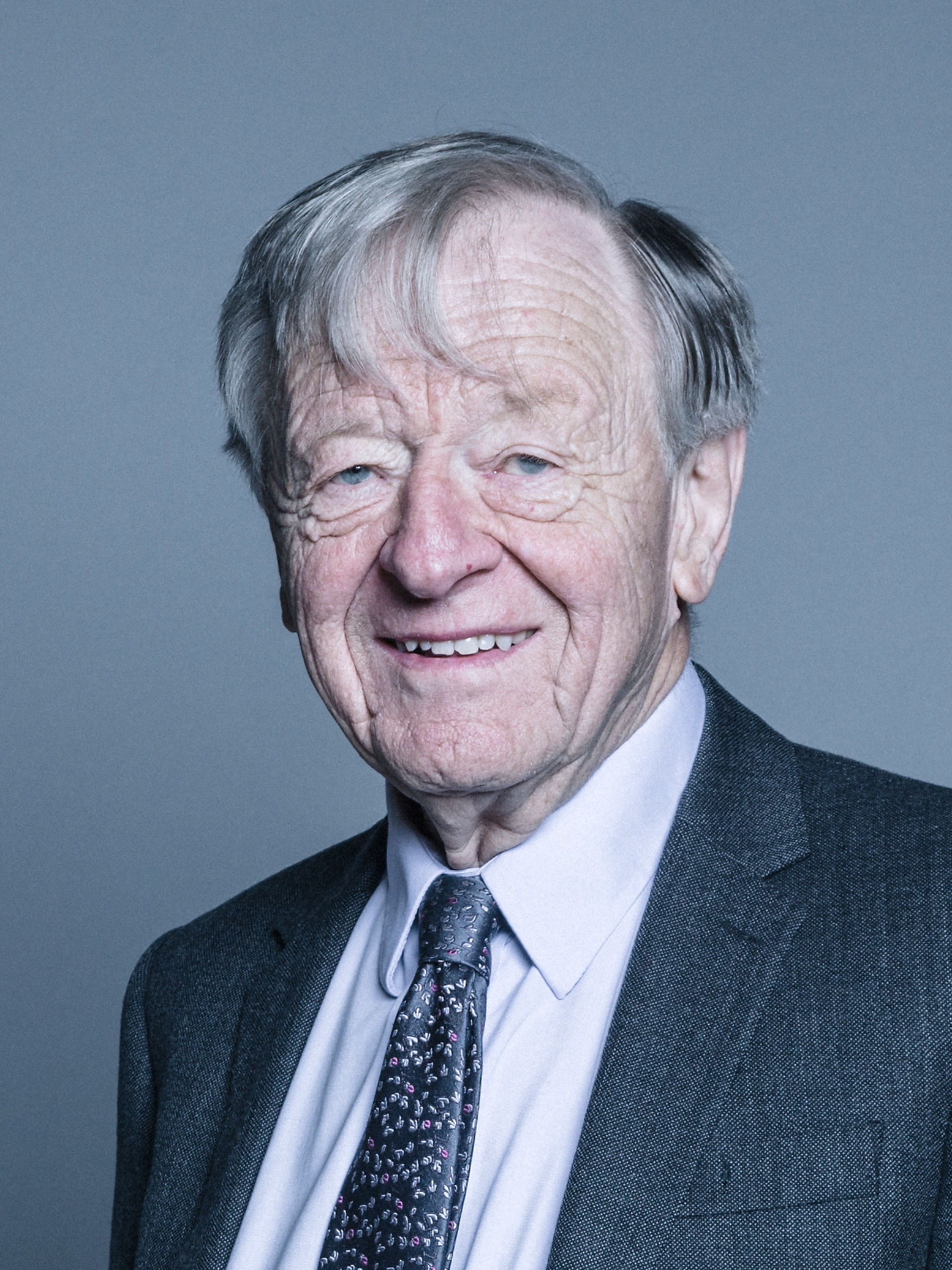 Born in December 1932 in Prague, Lord (Alf) Dubs was one of the Czech children rescued from the Nazis in the Kindertransport. Since then, he has been a keen campaigner on the plight of refugees, leading him to sponsor an amendment to the government’s immigration bill in the Lords in 2016, which would have forced the government to accept 3,000 unaccompanied child refugees stranded in Europe. Lord Dubs studied at the London School of Economics before pursuing a long career in public service. He has been a local councillor, an MP, Chair of the Fabian Society, Chair of Liberty, a trustee of Action Aid, Director of the Refugee Council and a trustee of the Immigration Advisory Service. Lord Dubs was appointed a Labour working peer in 1994, and is an active and independent-minded member of the House of Lords, participating in well over the average number of debates, and occasionally voting against the party on issues such as assisted suicide and reform of the House of Lords. He is a long-time member of the All-Party Parliamentary Humanist Group. He is currently a trustee of the Open University, and on the Advisory Board of The John Smith Memorial Trust, formed in 1996 to promote the ideals of democracy, social justice and good governance.

Shirli Gilbert is a specialist in modern Jewish history, with particular interest in the Holocaust and its legacies, modern Jewish identity, and Jews in South Africa. She holds a D. Phil in Modern History from the University of Oxford and was a Postdoctoral 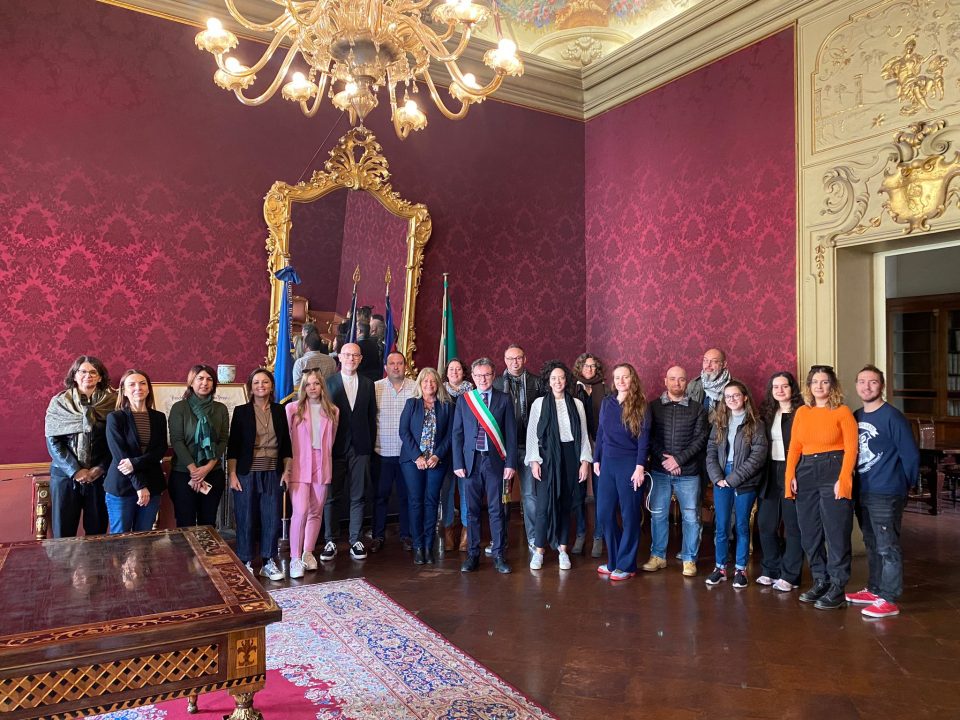