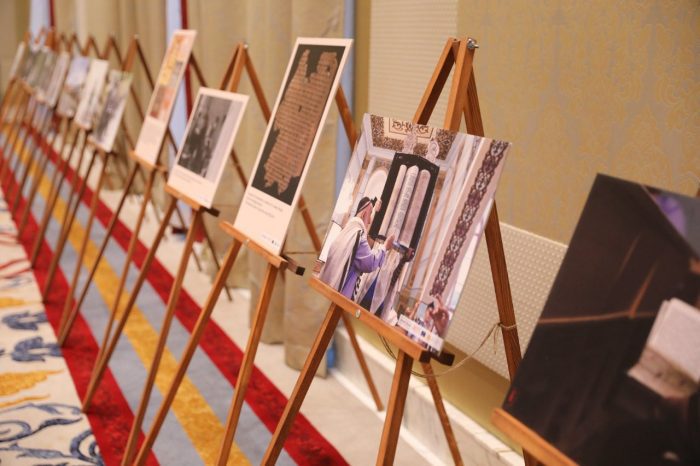 On September 30, the Israeli House held an exhibition of the Jewish Cultural Heritage, along with a business forum, within the “Israeli Week”, which was opened in accordance with pandemic-related regulations. The pictures of the winners of the Parallel Traces contest as well as photographs of Jewish Heritage locations in Georgia taken by the “Israeli House” were presented at the exhibition. The event was attended by 120 people from Israel, including Parliamentarians and Businessmen. 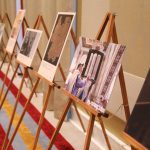 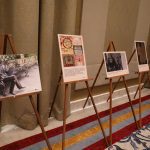 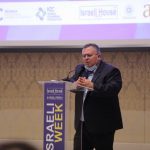 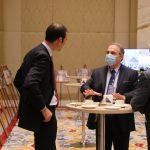 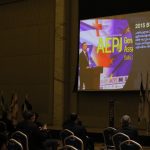 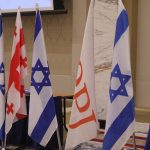 The “Israeli House”, a member of The European Association for the Preservation and Promotion of Jewish Culture and Heritage (AEPJ)/Cultural Route certified by the Council of Europe and, has held many events in cooperation with AEPJ. The organization in Georgia officially supervises the European Route of Jewish Heritage in Georgia, which has been operating for five years.

In accordance with pandemic-related regulations, Israeli Week opened in Tbilisi. The organizer of the Week is the Israeli House, which invited three delegations of a total of 120 people, consisting of parliamentarians, businessmen and public figures, one of them being Co-Chair of the Israel-Georgia Parliamentary Friendship Group at the Knesset, David Bitan, to Tbilisi. Local Jewish organizations participated in the Israeli Week.

The guests got to enjoy a 30-meter portrait of Anne Frank with Georgian-Israeli flags painted on the wall of a residential building.

The Israel-Georgia Business Forum opened on September 30 at the Biltmore Hotel. In the hall, an exhibition of Jewish cultural heritage was organized together with the European Association for the Preservation and Promotion of Jewish Culture and Heritage (AEPJ) and seven member countries. Jewish Cultural Route, officially represented by the “Israeli House”, within the Council of Europe and with the support of the Ministry of Culture of Georgia, has been operating for five years. The fundamental objective of the European-wide event, EDJC 2021 was Dialogue; the main idea is to highlight the diversity and richness of Judaism and its local, regional and national historical importance, with the firm intention of promoting dialogue.

In parallel, the Tenth Annual Consultative Forum on Cultural Routes was held in Kutaisi on September 29-October 1. Israeli House is participating in it as a representative of the Jewish Cultural Route in Georgia, together with the Ministry of Culture.

Another notable event was that the Israel-Georgia Chamber of Business celebrated its 25th anniversary this year. According to former Israeli Minister of Economy, Amir Peretz, the Business Chamber has become a major bridge in economic relations between Israel and Georgia. Itsik Moshe spoke about the relations between the two countries and noted that it needs a gentle attitude. This is well understood by those who put energy into these relationships. According to Moshe,

“On one hand we strengthen ties, and with the other hand we take care of solving the problems of existing investors with the same energy.”

The event has been widely reported in the country’s press.

Russia: Take a look at a preview of the Jewish museum under development in the rebuilt synagogue in Kaliningrad

Ukraine: stunning video of the vast Jewish cemetery in Chernivtsi powerfully evokes the image of surviving Jewish cemeteries as a “Tribe of Stones”