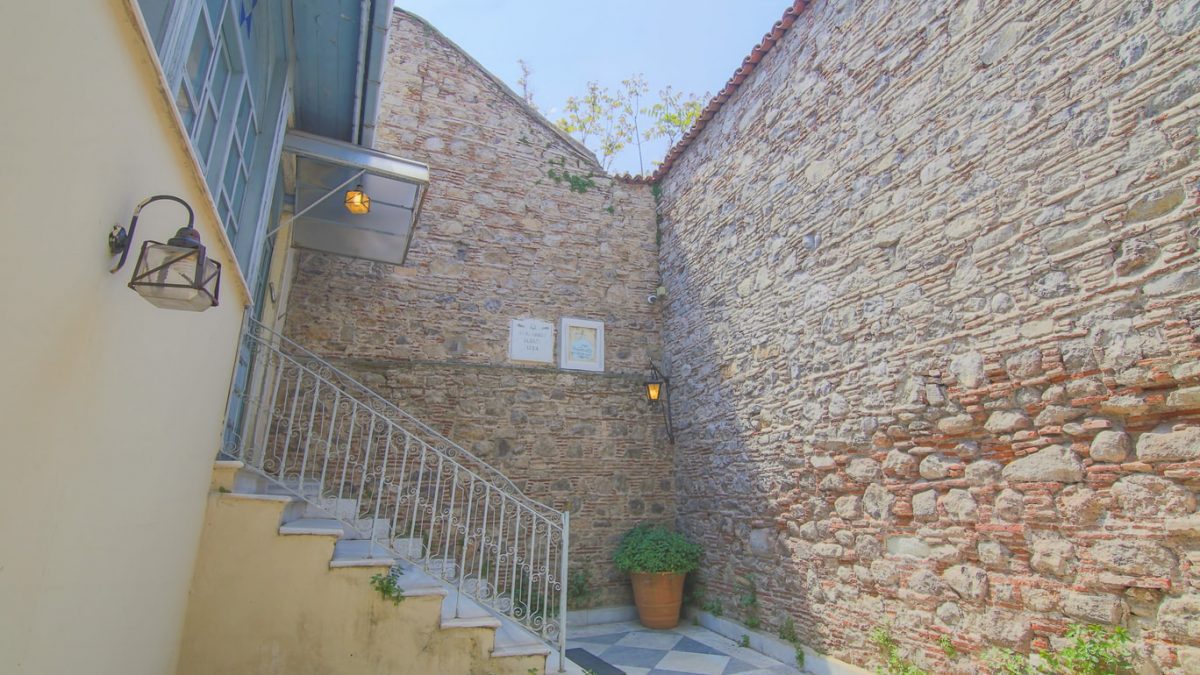 Due to the inscription at the entrance of the Algazi Synagogue, it is accepted that it was built in 1724 by Isaac Algazi. Another view claims that this synagogue existed at least in the 17th century and was controlled by Sabetay Sevi in ​​1666.
The basement floor was used as Midrash and was a place where Asara Batlanim (ten old men) prayed for the salvation of the country and the people all day long. In addition, unused scriptures and religious objects were stored there before being buried. This place was known as “El Kal de Abaşo” (the Lower Synagogue).
Izak Ben Salomon Algazı, another member of the Algazi Family known to have raised prominent rabbis, is also an associated figure with this synagogue. Born in 1889, he was educated at Yeshiva Bet Hillel (religious school) of Hayim Palaçi, and like his ancestors, he became a Hazan (cantor) at the Algazi Synagogue. Izak Algazi has been considered as one of the most important composers of religious, secular and classical Turkish music.