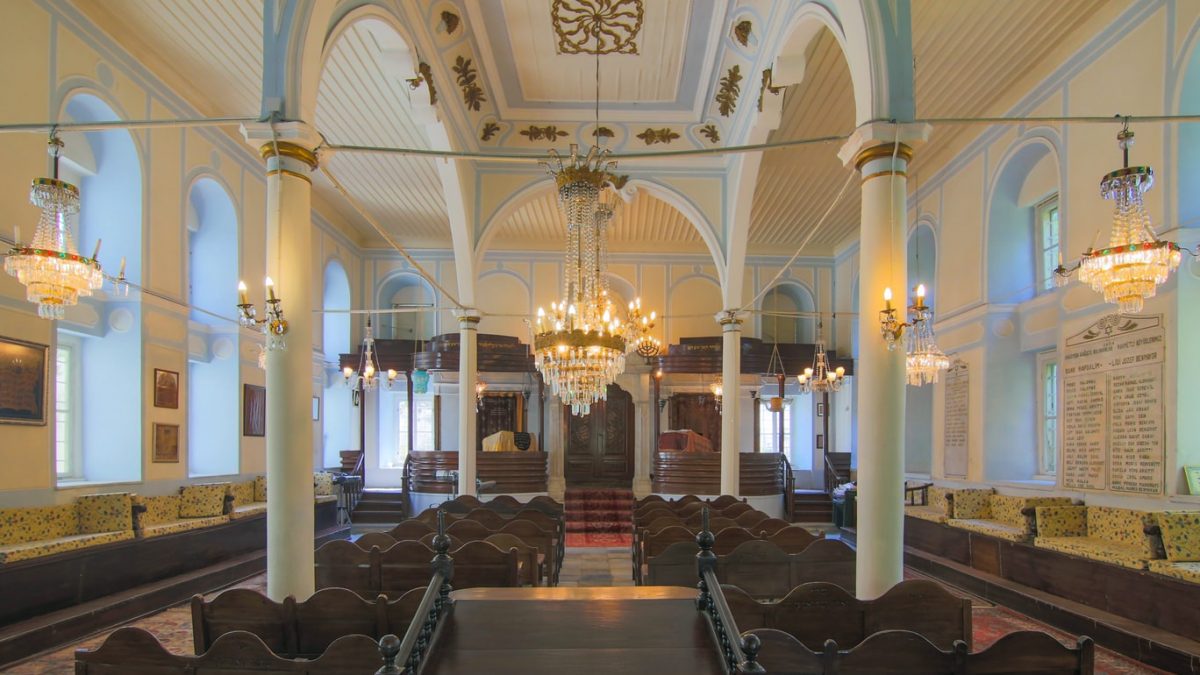 According to the most popular story, this synagogues was built with the donations of a lady named Donna Gracia Nassi. Known with the nicknames Gveret or La Sinyora, among the European Jews, she was the aunt of Yosef Nassi, who rose to important positions in the Ottoman Empire.
However, the Turkish Jewish historian Avram Galante admits that this synagogue is likely to have been built by a Dutch Jewish lady named Osbio or Aseo, also the founder of the Lazaretto .
Burnt repeatedly in the 16th and 17th centuries, the building was completely destroyed in the fire of 1841 and was rebuilt with the contributions of Moiz Bengiat Yerusalmi.
It can clearly be seen from the ground layout of the synagogue that it was transformed from central plan to dual Tevah application. The Ehal fits the triple composition, unique to Izmir, with its doors carrying lines from the Torah.