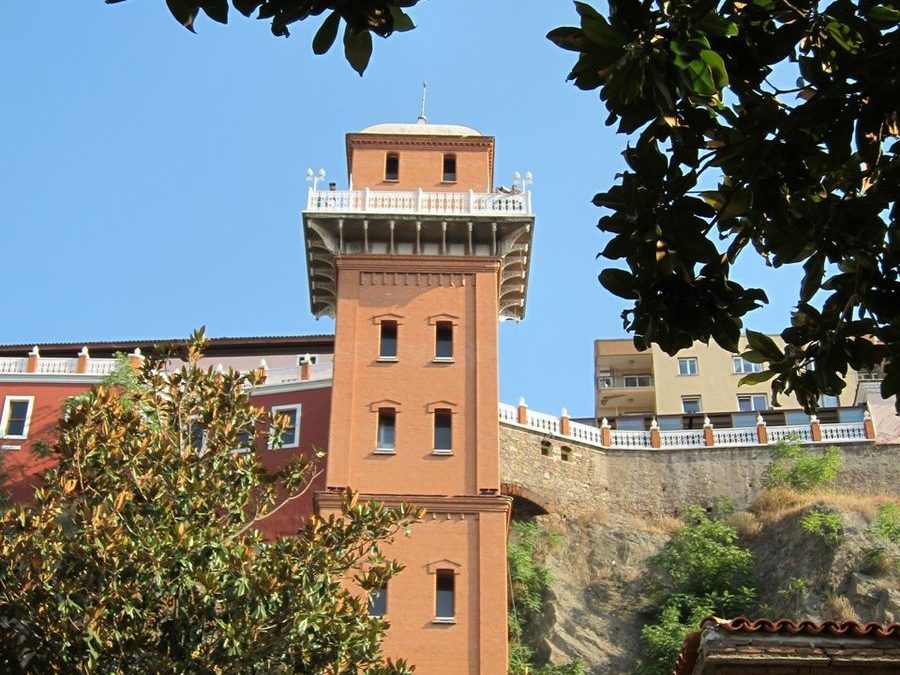 The Elevator was built by Nesim Levi, a Jewish businessman, in 1907 to over come the topographic barrier between the districts of Mithatpasa Street (at sea level) and Halil Rifat Pasa Street (at hill top).

This public street elevator tower, with originally water driven two lift cabins, was an innovative way of transportation facilitating pedestrian traffic, as well as contributing to the progress of the city. 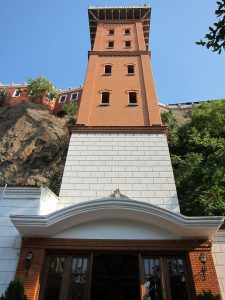 With its upper promenade, the historical Elevator is the best structure to get an unparalleled view of the Gulf of Izmir. Also, a charming old street exists at the foot of the Elevator, named after Dario Moreno, an international singer and a native of Izmir.

At the beginning of the 20th century, before the construction of the Elevator, to move up and down in the area one had to choose between a long way to walk and 155 stairs to climb.