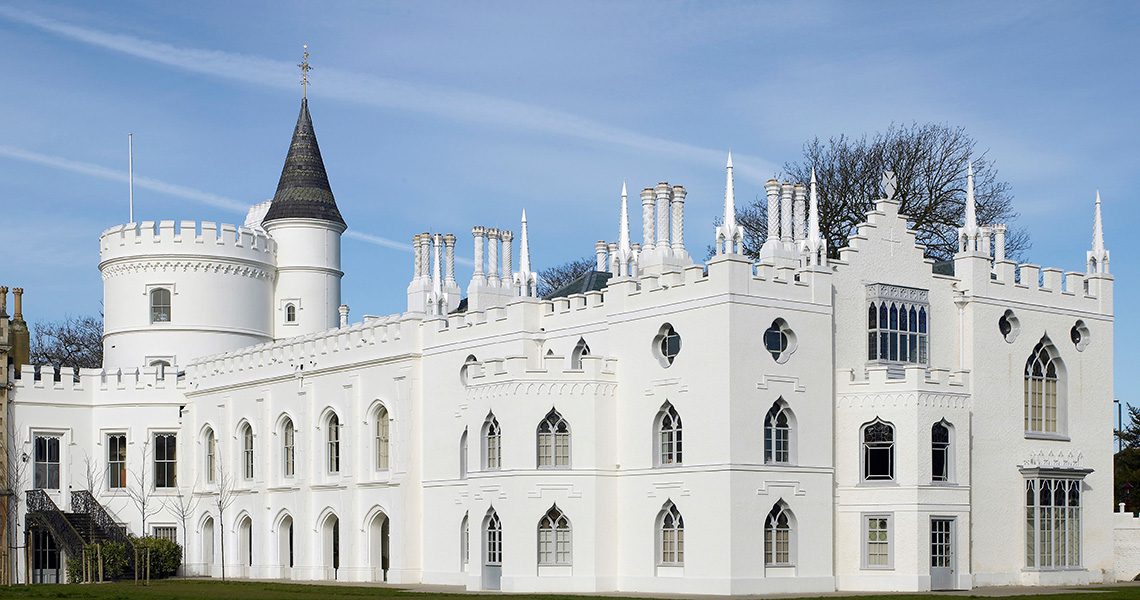 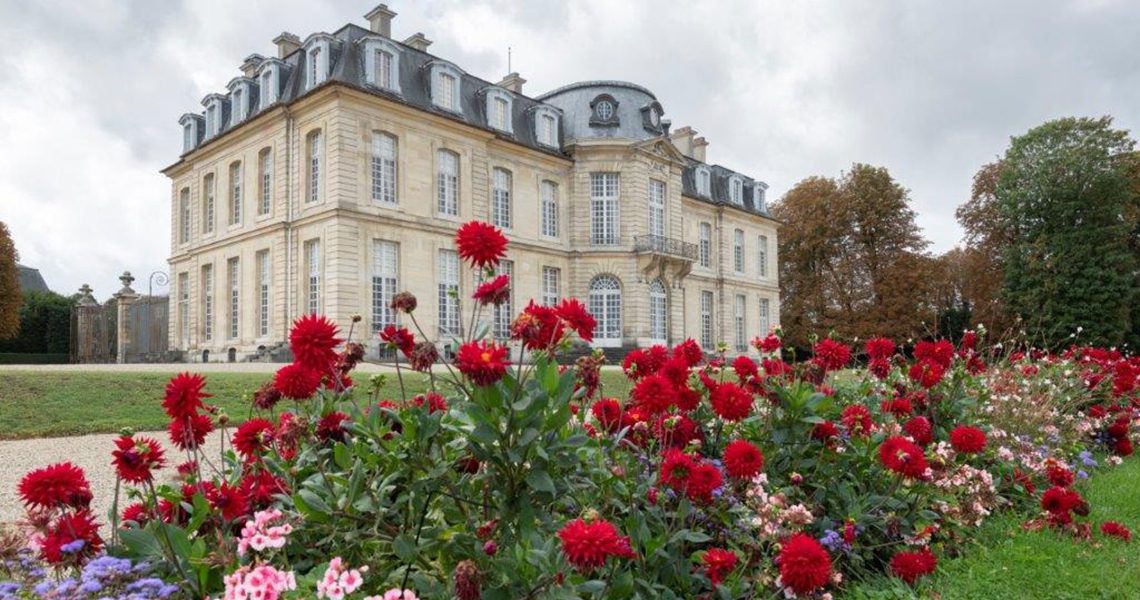 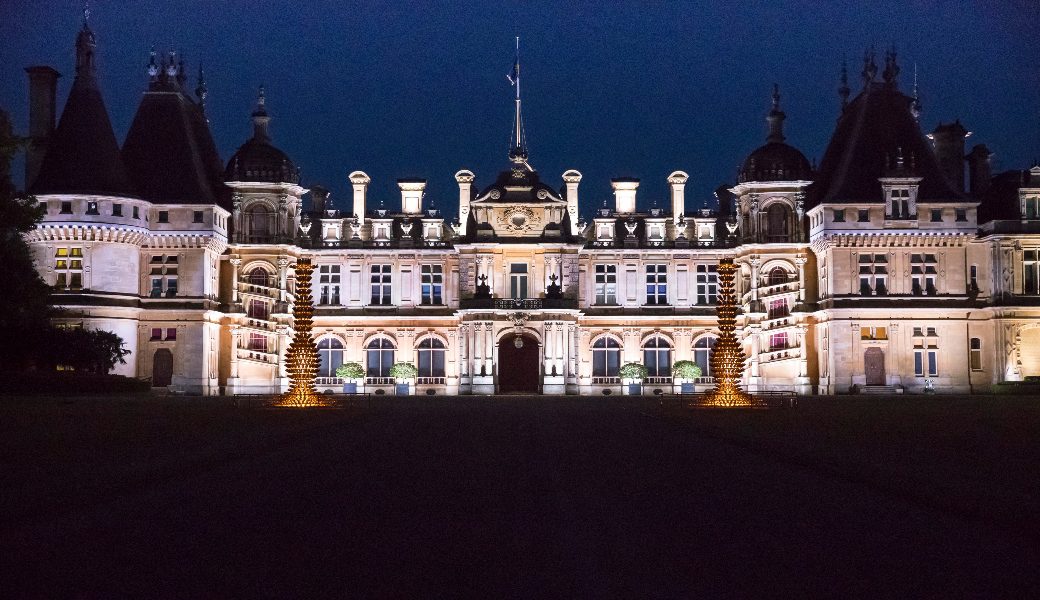 All over Europe, palaces, villas and country houses with Jewish stories illuminate the transformative impact of Jewish emancipation on modern European politics, society and culture. Many have extraordinary art collections and gardens. Some were stages for lavish entertaining, others provided inspiration to the European avant garde. All were beloved homes that bear witness to the triumphs – and tragedy – of the Jewish past.

Explicit traces of Jewishness are rare in these grand properties, which often seem much like the manor houses of the landed aristocracy or the rural retreats of other nouveaux riches. Yet the Jewish stories these houses tell reveal a fundamentally different set of historical experiences and personal connections. Discover some of the most spectacular, intriguing and beautiful…

What is Jewish about these houses?

Jewish palaces, villas and country houses were owned, renewed and sometimes built by men and women only recently catapulted from traditional Jewish society into the geographical, social and cultural orbit of the European elite. Their rise reflected the economic and political transformations of the age – and the dismantling of legal boundaries between Jews and other Europeans, known as emancipation.

In a social and cultural landscape powerfully shaped by Christianity, each of these houses embodied a certain vision of the world and the place of Jews within it. This vision was expressed through architecture, through interiors and through art collections. Differing considerably in scale and style, all these houses articulated notions of civilization, cultural identity and belonging through their form and content: from the love of 18th century France shared by the British Rothschilds, the Parisian Camondos and the Morpurgos of Trieste, through the embrace of national styles at Villa Montesca and Nymans, to the pioneering modernism of Villa Tugendhat at Brno. In short, they were as much about Jewish self-assertion as they were about assimilation.

Even when Jews converted, like Benjamin Disraeli of Hughenden Manor, or married into Christian society, their social networks and family relationships continued to connect them to the Jewish world – whether they celebrated that connection, like Lady Waldegrave of Strawberry Hill, or tried to hide it. In a context where the families of the old landed aristocracy still held sway, the country houses of the Jewish elite had a transgressive quality. 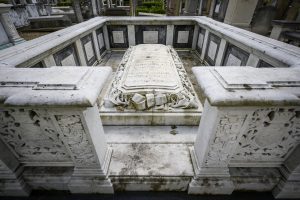 Willesden Jewish Cemetery (above), where many members of the Anglo-Jewish elite chose to be buried, including those who married in church like Hannah Rosebery (née Rothschild), and those like Sir Herbert Leon of Bletchley Park, who rejected traditional Judaism in favour of secular, rationalist beliefs. 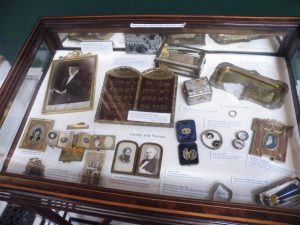 The Judaica at Salomons Estate, in Kent speaks to a private world of Jewish practice that is rarely apparent to visitors. Sir Moses Montefiore was unusual in building his own, free-standing synagogue near Ramsgate. Rothschild houses like the Château de Ferrieres and the Villa Pignatelli in Naples included rooms set aside for Jewish prayer. 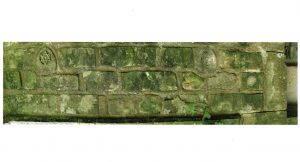 The Magen David and the English Rose embedded in the garden wall at Nymans speak to the complex identity of a family who married into British royalty but never forgot their German-Jewish roots.

The transformations wrought by industrial and political revolution heralded an era of unprecedented opportunity for Jews. Throughout Europe, emancipation and the novelty of Jewish land-ownership made it possible for a generation just out of the ghetto to access the highest echelons of society in new ways.

Some of the rich Jews who owned these houses became elected politicians, often representing local constituencies. They gave generously to Jewish and non-Jewish causes, and often used their quasi-aristocratic status to assume positions of communal leadership, supporting poor Jews at home and persecuted Jews abroad. For they had built their wealth through Jewish family businesses, and Jewishness consequently remained a central dimension of their businesses, their families, and their lives. Their newfound social status reorientated the relationship of these families to Judaism and the traditional Jewish communities from which they descended; their philanthropic activism was to become a central pillar of the modern Jewish world.

Yet for these Jews, the wealth that was the source of their power and privilege was also a source of vulnerability. Jewish politicians like Benjamin Disraeli, and Jewish families like the Rothschilds and the Reinachs became a focus for antisemitic conspiracy theories about Jewish power – most famously during the Dreyfus Affair.

From the 1880s, these families were profoundly engaged with international efforts to support the Jewish victims of war and ethnic violence in eastern Europe, and to rescue German Jews from Nazi persecution through initiatives like the Kindertransport, in which the Rothschilds and the Bearsteds played a decisive role.

As the Nazis tightened their grip on the continent, the European Jewish elite faced a choice between exile and death. Seized and repurposed by the Nazis, their houses ceased to be Jewish homes.

Pictured here at Château de Seneffe, Franz Philippson was deeply involved in Jewish philanthropic efforts to aid struggling, impoverished Jews from Eastern Europe. Under his leadership, the Jewish Colonisation Association looked to find settlement for Jews outside Europe and provided vocational training and micro-loans to help improve Jewish economic prospects between the World Wars. Seneffe later became the seat of the Nazi occupation of Belgium. 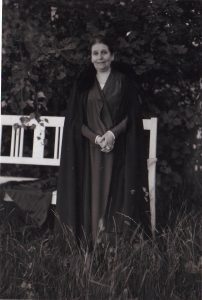 Some who refused to flee, like Martha Liebermann shown here in the garden of her Wannsee villa, ultimately preferred suicide to deportation. Others, like Beatrice de Camondo, the Reinachs, and the entire Cahen d’Anvers family, died in Auschwitz and other Nazi camps.

Owning land was more than a status symbol for Jews, who had long been shut out from the establishment; it also placed urban Jewish families at the heart of rural communities. Here, men and women like Charles Rothschild, who founded the Wildlife Trust, learnt to love the countryside and a different way of life. Italian houses like Villa Montesca served as a laboratory for land reform and rural crafts, while the Montefiores of Worth Park played cricket with the village team. In this way, country houses acted as a bridge between Jewish and non-Jewish society.

These houses had a cosmopolitan flavour since they belonged to international families. Yet Jewish country house owners were patriots, who participated in the making of the national heritage. Jewish collectors made major donations to national museums, like the peerless prints and drawings given by Edmond de Rothschild to the Louvre and the magnificent Renaissance objects transferred by Ferdinand de Rothschild to the British Museum . Walter Samuel left his house and old master collection to the National Trust . A trustee of the Tate, the National Gallery and Whitechapel Art Gallery in London’s East End, he also supported the Jewish Museum in London and gave his Japanese collections to Maidstone Museum.

The surviving Jewish villas and palaces are only a fraction of a much bigger pre-war phenomenon. In Europe today, they act as a monument to these families, their ideals and sometimes tragic histories. But these houses also suggest the resonance of certain families in local memory, and their formative role in the making of European culture as we understand it today. 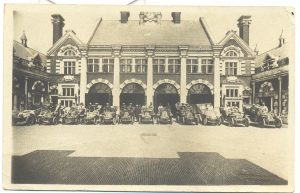 Photo by permission of The Salomons Estate

David Lionel Salomons served as mayor of Tunbridge Wells, close to his Broomhill estate. He made the house a centre for scientific investigation, with lighting and machines entirely powered by electricity. Thanks to Salomons, Tunbridge Wells hosted the first motorshow in British history. 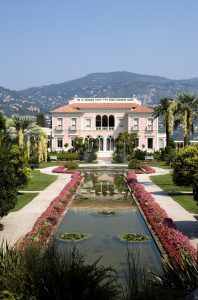 The Villa Béatrice Ephrussi de Rothschild exemplifies the cosmopolitanism of the European Jewish elite. Béatrice’s husband, who she divorced, belonged to a banking family originally from Odessa. She filled her Riviera home with tapestries and exquisite furniture from Italy as well as France. In the famous gardens, the exotic plants, like Béatrice’s guests, hailed from all over the world. 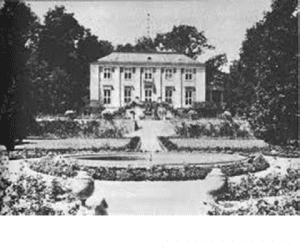 Schloss Freienwalde preserves the memory of its owner, Walter Rathenau, an industrialist and politician assassinated by a nationalist extremist in 1922. Rathenau’s sister left it to the local community as a memorial both to Rathenau and to the spirit of the Prussian Enlightenment, which he had attempted to revive there. This property is now closed to the public, and its future uncertain.

Country houses are powerful symbols of national identity, evoking the glamorous world of the landowning aristocracy and its feudal origins. By contrast, this route explores a hitherto unidentified group of palaces, villas and country houses in the UK and continental Europe: those owned, renewed and sometimes built by Jews and those of Jewish origin.

The route emerges from a major collaborative research project led by scholars at the Universities of Oxford, Cardiff and Durham, and funded by the UK Arts and Humanities Research Council. Through workshops, conferences and remote seminars we bring historians and art-historians together with curators and heritage professionals working in European museums and historic houses to enrich curatorial understanding, make new connections and foster a culture of research that will feed into visitor experience.

Some of the greatest works of modern European and Jewish literature evoke the lost world of the European Jewish elite. In these novels, the Jewish country house often figures as a metaphor for the Jewish experience in the 20th century.

Abigail Green has led the Jewish Country Houses project from its inception. She is Professor of Modern European History at the University of Oxford and a Fellow of Brasenose College. Her work sits at the interface between international Jewish history and the history of European politics and culture in the long 19th century. She won the Sami Rohr Choice Award 2012 for Moses Montefiore: Jewish Liberator, Imperial Hero, which was named a New Republic Best Book of 2010, and a TLS Book of the Year 2010. Her current work focuses on the role of Jews in constituting liberal political culture, with a particular focus on family history and transnational connections. She explores this history both through the Jewish Country Houses project and through a book project tentatively entitled, Children of 1848: Liberalism and the Jews from the Revolutions to Human Rights.

Pippa Shirley is Head of Collections and Gardens at Waddesdon, and is part of the core project team for the Jewish Country House Project, and Route Manager for the group. She leads a curatorial and archive team which is responsible for the care of and access to the collections, including research and collaboration with academic partners on the history of collecting, with particular emphasis on the Rothschild family and their historical context. She has published and lectured widely on different aspects of Waddesdon and the Rothschilds as collectors, and has also worked on a range of exhibition, display and gallery projects, both at Waddesdon and elsewhere.