The European Association for the Preservation and Promotion of Jewish Culture and Heritage (AEPJ), an NGO created in 2004, is a network of European institutions, including public bodies, private foundations, federations of Jewish communities and NGO’s, that serves as a platform to develop cultural initiatives and educational programs to European Jewish sites. The AEPJ network acts as a channel for intercultural dialogue and promoting better knowledge and understanding of European history, creating awareness of cultural diversity and strengthening European citizens’ cultural identity.

The AEPJ serves as an organisational umbrella to welcome, promote, train and help develop unique Jewish cultural and heritage projects of excellence around Europe. A community, a network and a meeting point of professionals working in the field of Jewish Heritage. The AEPJ helps organisations develop their programs, offers training in the field of Jewish cultural tourism and exchange of good practices and promotes the development of transnational programs.

With a heritage approach in line with the Council of Europe, with its integrated and cross-disciplinary approach to cultural heritage and diversity, the AEPJ promotes fundamental European values ​​of human rights, cultural diversity and intercultural dialogue seeking to bring the Jewish heritage closer to all European citizens, involving them in the production, circulation and conservation of Jewish culture and heritage.

To do this, the AEPJ develops two main projects:

The European Days of Jewish Culture

The fundamental objective of this European-wide event, which has been organised since 2000, is to highlight the diversity and richness of Judaism and its local, regional and national historical importance, with the firm intention of promoting dialogue, recognition and exchange through conferences, concerts, performances, guided tours and other activities, which take place simultaneously throughout the continent.

This project has been extensively reinforced by the collaboration with the National Library of Israel, which has acted as a means to develop all kinds of exhibition and educational materials, which have given an important added value to the Festival while facilitating its celebration throughout the continent.

The European Routes of Jewish Heritage

Cultural route certified by the Council of Europe

The European Routes of Jewish Heritage is a project that invites you to travel and to discover the rich and diverse Jewish heritage of Europe, by bringing people and places together in networks of shared history and heritage, providing a wealth of leisure and educational activities for all citizens across Europe, while being a key resource for responsible tourism and sustainable development.

The certification “Cultural Route of the Council of Europe”, which was awarded to AEPJ in 2004, is a guarantee of excellence. The network implements innovative activities and projects pertaining to five main priority fields of action: co-operation in research and development; enhancement of memory, history and European heritage; cultural and educational exchanges for young Europeans; contemporary cultural and artistic practice; cultural tourism and sustainable cultural development. 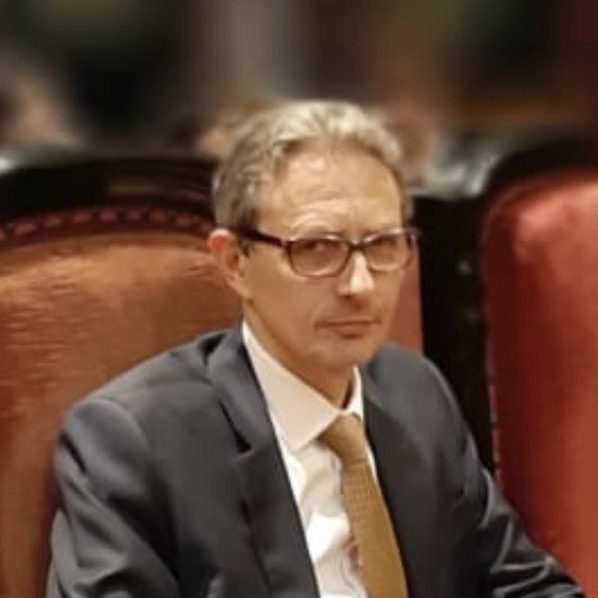 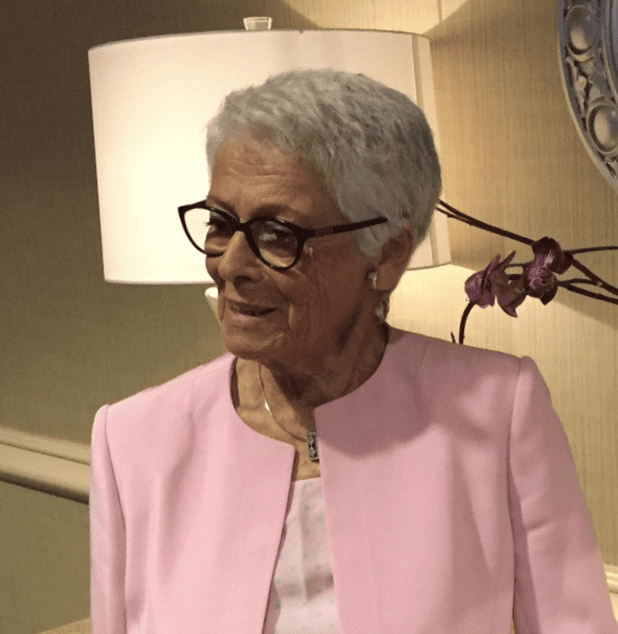 Claude Bloch is one of the founders of the AEPJ, and is presently its Honorary President. She has dedicated many years of her life to the promotion of Jewish culture in Europe. She was particularly engaged in developing the Jewish Heritage in Alsace and setting up the European Day of Jewish Culture. Likewise, Claude played a crucial role in fostering lasting relations with the Council of Europe and establishing fruitful cooperation with this Institution. 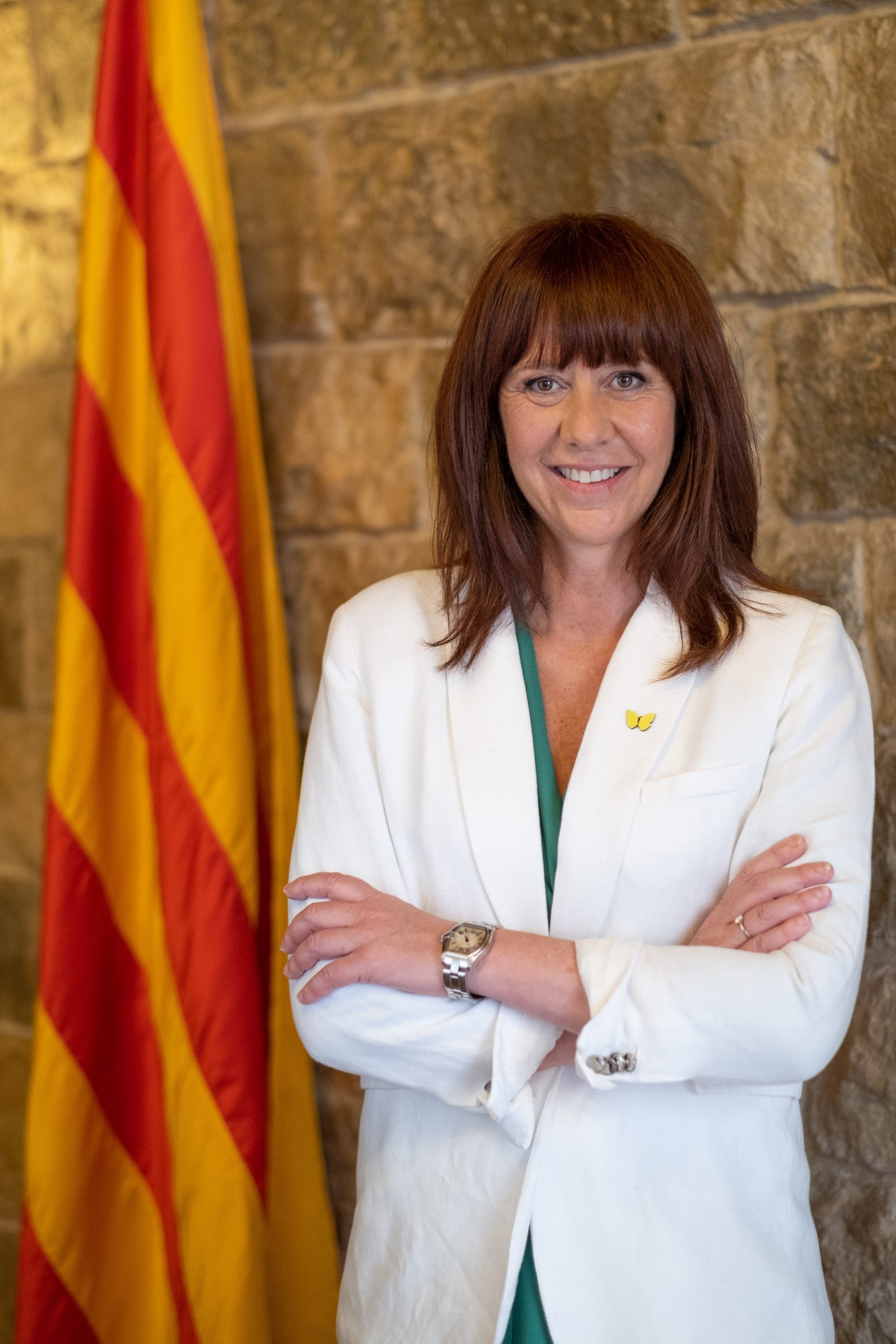 Marta Madrenas is a Spanish politician and lawyer. Since 2016 she has been the mayor of Girona and since 17 January 2018 she has been a member of the Parliament of Catalonia in the XII legislature for the electoral coalition Junts per Catalunya. 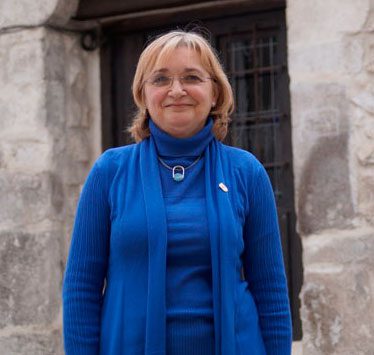 Since 1987 working for the restoration of the Jewish neighbourhood of Girona in Spain. Director of the Patronat Call de Girona since 1992, founder member of the Red de Juderías de España in 1995, having the responsibility of Secretary-General until 2016. Founder member on the AEPJ association and current Secretary-General. 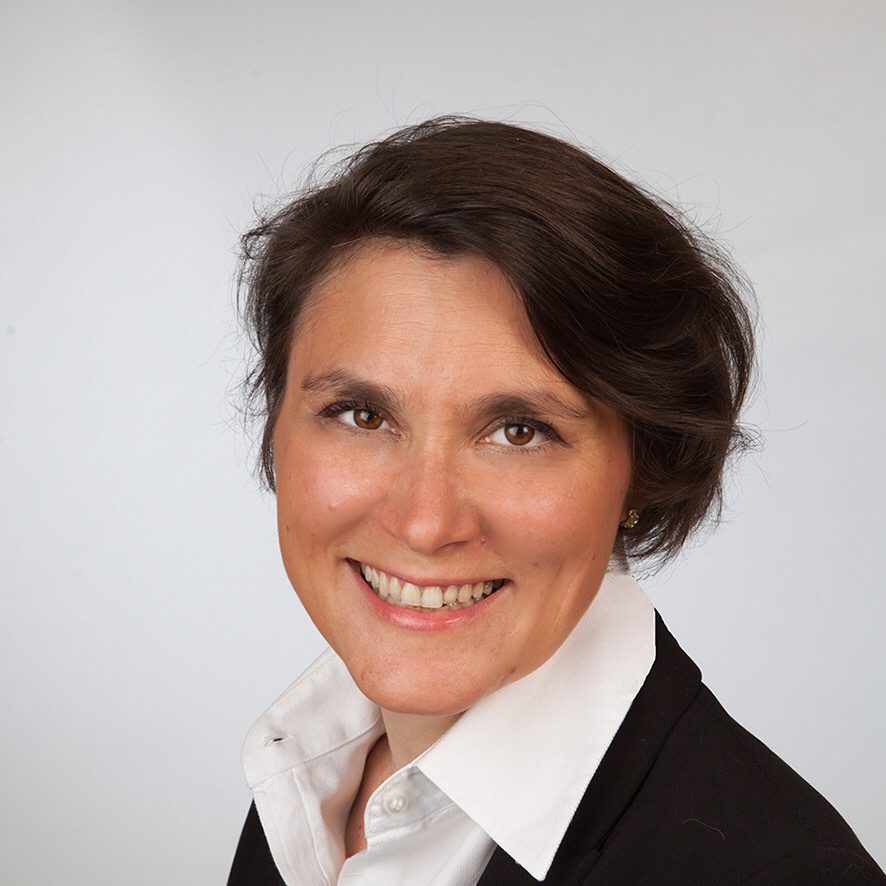 Member of the AEPJ’ board since 2007 as volunteer treasurer, involved in Jewish Heritage preservation in Alsace, France, since 1988. CFO of an international Non-Profit Organisation dealing with EC grants and scientific services. 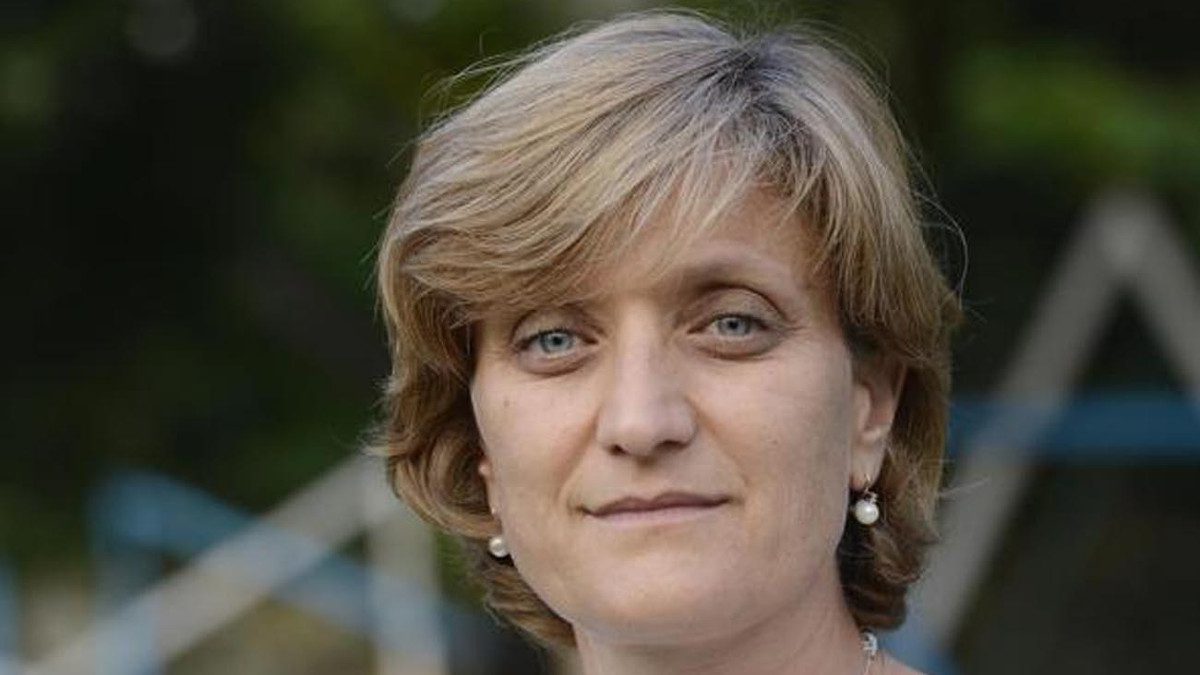 Since July 2016 the president of the Union of Italian Jewish Communities has been Noemi Di Segni. Born in Jerusalem but Roman by adoption, married with three children, former Councillor for the Budget of the UCEI Council, Di Segni is in charge of the International Activities Office of the National Council of Accountants. 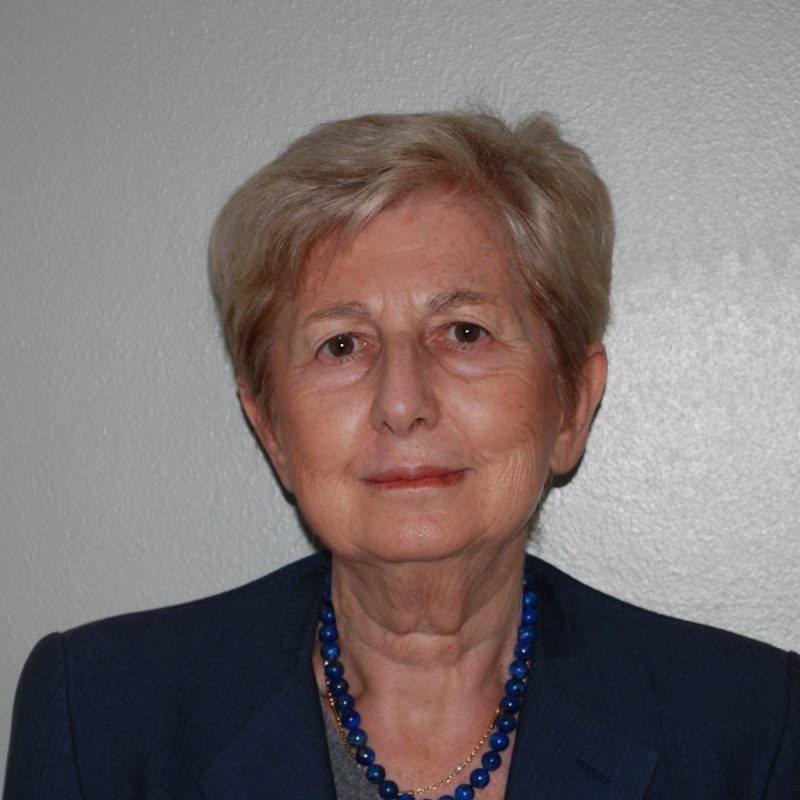 Annie Sacerdoti, journalist, author of the first “Guide to Jewish Italy” and a series of regional Italian Jewish Itineraries and Italian Jewish Museums. Member of the Board of AEPJ from the beginning, she was in the team of the first European Day of Jewish Culture. She is Vice President of Fondazione Beni Culturali ebraici in Italia (UCEI). 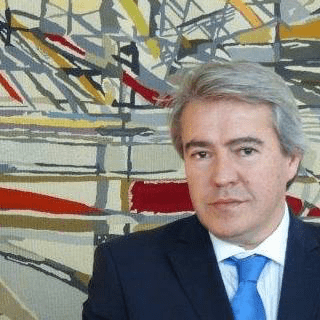 From 2001 to 2013 he was a councilman at Castelo de Vide City Hall and was appointed vice-president during that period, where he took charge of Tourism, Culture, Environment and Cross-border Cooperation. Since October 2013 he has held the position of Mayor of Castelo de Vide. Current chairperson of Rede de Judiarias de Portugal. 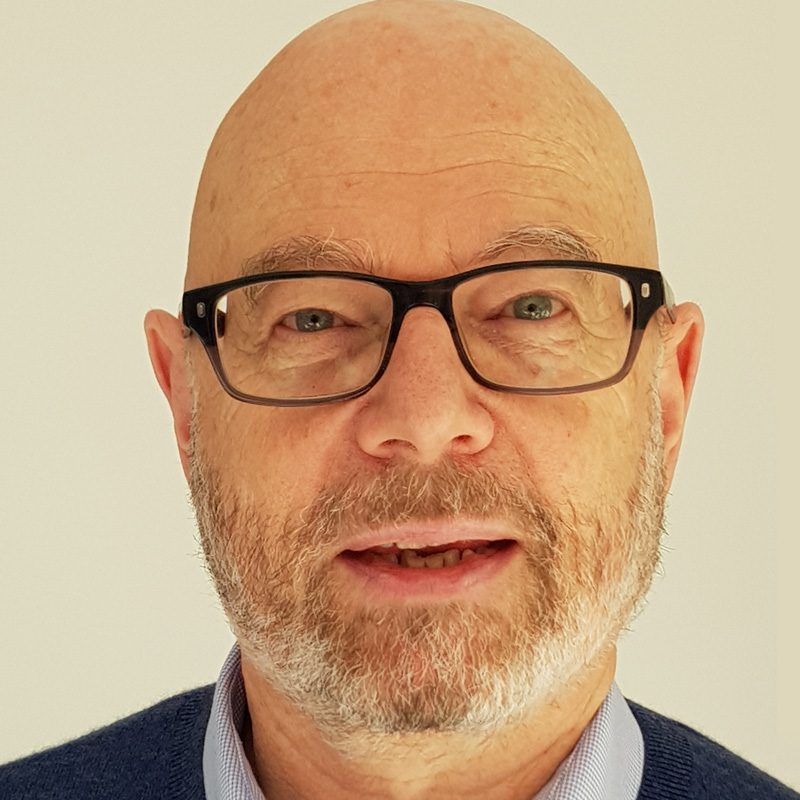 Member of the Board since 2018. Representative of JECPJ-France as Chairman of this French association. JECPJ-France coordinates all involved cities and Jewish cultural associations in their participation in the EDJC and also aims at networking the French regional routes of Jewish heritage now being developed in France. Also an active member of the steering committee in charge of organizing the EDJC in Alsace, a French region with an outstanding Jewish heritage. 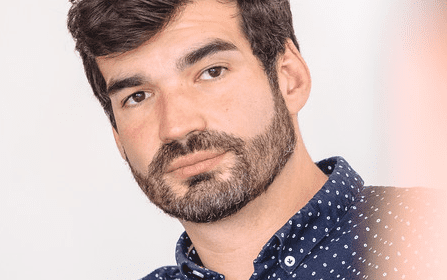 Victor Sorenssen is director of the AEPJ since 2017. He has studied Political Science at the Autonomous University of Barcelona, where he did a stage at the Observatory of European Policies. He has been director of the Comunidad Israelita de Barcelona and founder of the Jewish Cultural platform Mozaika, where he has helped develop projects such as Sefer Barcelona, the Jewish Book Festival or the Salam-Shalom initiative. 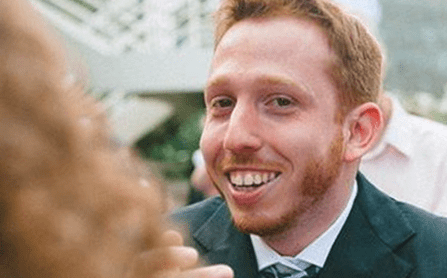 Federico Szarfer, based in Barcelona, works as project manager of the European Days of Jewish Culture and takes care of the communication of the AEPJ. He conceives his work as the design and creation of experiences for cultural institutions, television, theatre and events. His passion is communicating Jewish culture as a pluralistic, current and meaningful heritage that can engage anyone. He is the founder and member of the Jewish Cultural Platform Mozaika in Barcelona. 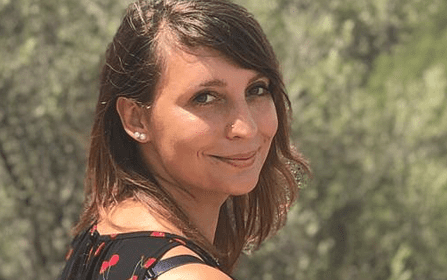 Federica Pastoret is the Project Manager of the European Routes of Jewish Heritage, one of the two leading programs of the AEPJ. Graduated in Development of Mountain Tourism, she was awarded the Fréderic Mistral scholarship in 2017 for two more years master’s in Museum and Heritage Studies. Her main research interests are cultural heritage and tourism, culture and local identity from a regional development perspective, alpine tourism, cultural routes and itineraries, as well as territorial partnership strategies and cultural promotion policies for contemporary art development.

The AEPJ is formed by 25 organisations 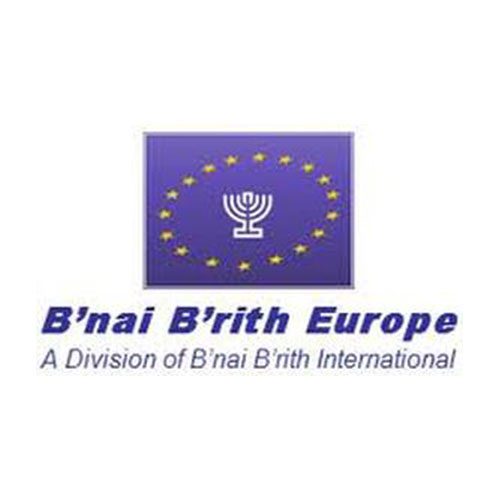 B’nai B’rith Europe is a Jewish association that is present in 28 countries. B’nai B’rith means “Son of the Alliance” – the concept of alliance is a key concept in the Bible and in Judaism – and it has non-governmental organisational status. Its role is to fight racism, xenophobia and anti-semitism; to support the State of Israel; to help the needy; to promote Jewish identity; to strengthen the knowledge about the Jewish presence in Europe through culture and heritage; to encourage and train young Jewish adults for leadership in the Jewish communities. 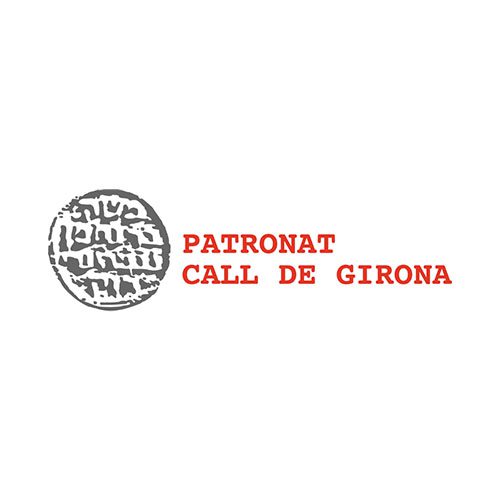 Established in 1992 by the Girona City Council, the Girona Provincial Council and the Autonomous Government of Catalonia. The Patronat is responsible for the physical and cultural restoration of the Jewish heritage in Girona, including the renovation, revitalisation and promotion of the historic Jewish Quarter, named Call. The Museum of the History of the Jews and the Nahmanides Institute for Jewish Studies, are the two main bodies. 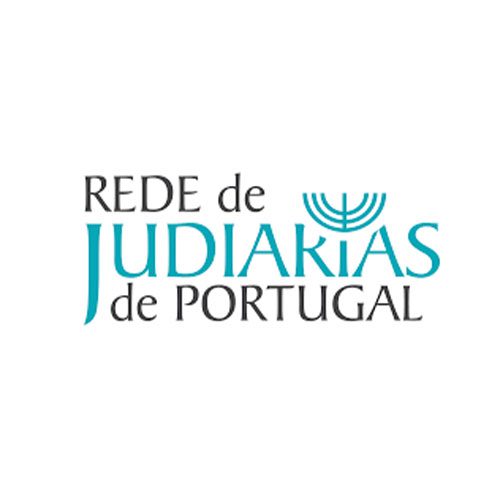 The Portuguese Network of Jewish Quarters – Routes of Sepharad is a public association ruled by private law, with the intention to act jointly to defend the urban, architectural, environmental, historical and cultural heritage in connection with Jewish heritage. Thus, the Portuguese Network of Jewish Quarters, founded on March 17th 2011, aims to combine the recovery of history and heritage with the promotion of tourism, which will also help to reveal a strong component of the Portuguese and peninsular identity.

The Diputació de Lleida is a county council institution that has its reason for being in the town councils of the Region of Lleida, Catalonia. Presided over since 2011 by Joan Reñé, the corporation jointly with the L’Institut d’Estudis Ilerdencs, and the Tourism Board, create a project under the moto “Perseguits i Salvats”. This project recovers and indicates the four itineraries used around 80,000 refugees to escape the Nazis in the World War II, it is estimated that about 20,000 were Jewish. This initiative coincides with the recovery of the Chemin de la Liberté (liberty road), route of evasion that joined the French Department of Ariège with the region of Pallars Sobirà, The routes are about 150 km. distributed around different regions in France and Spain Pyrenees.